In recent times, the social media giant Facebook is putting a lot of emphasis on incorporating new features into its app, Messenger app and as well as to its web platform. Now, it just added a new awesome and extraordinary feature to its messenger application.

Contents show
Facebook Just Added An Awesome New Feature To Its Messenger App
But will not it make the service slower?

The social network giant Facebook’s Messenger is used more and more, even to transfer money as well. As its commercial and conventional aspects require it and, as such, Facebook now allows you to send 4K resolution photos in your Messenger.

This change will make it easier especially when we use the mobile app. Instead of sending by email or other types of tool, thus avoiding quality loss by compression, we can use Messenger as well.

For obvious reasons, the images, which until now were compressed to pass between conversations, can be sent with all the quality. If you are a Facebook user you will experience behavior change and you can send and receive photos up to a resolution of 4K.

This is actually the highest quality that most smartphones currently support and can now preserve the original resolution in which you captured your photo (of course, if your smartphone supports 4K resolution). 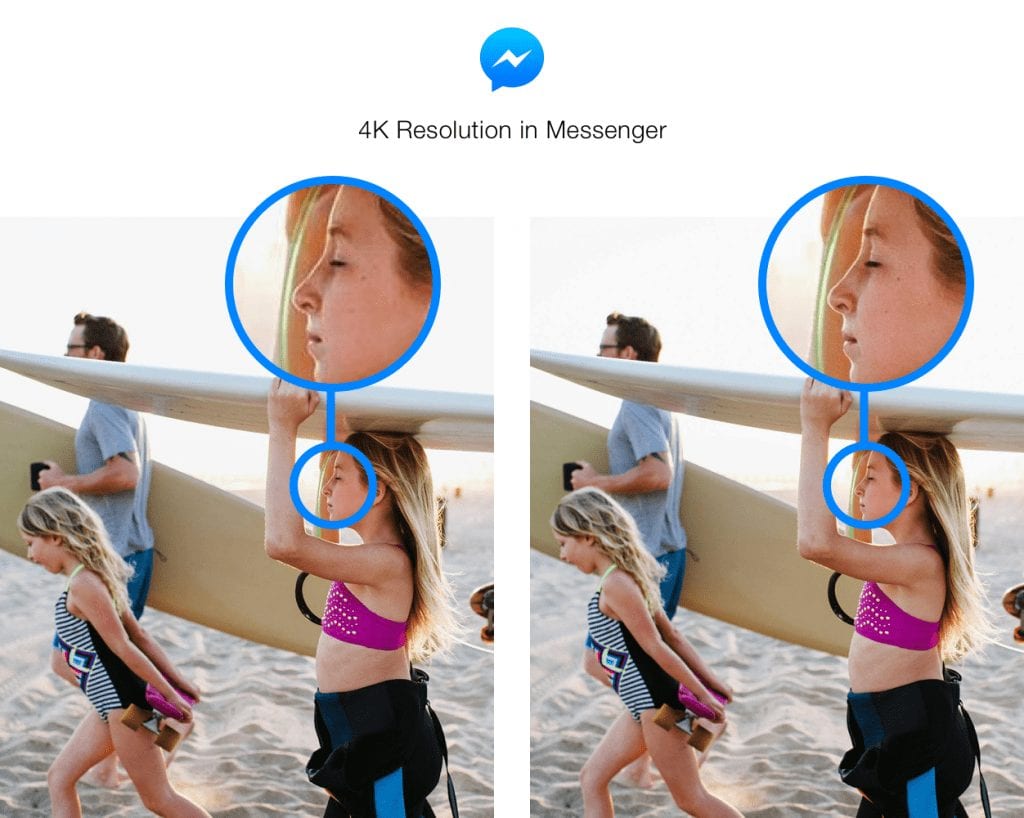 The social network giant Facebook says its data shows that more than 17 billion photos are sent through Messenger every month and that one of the most requested features is the ability to send high-resolution photos to maintain the original quality.

So you can now upload photos of up to 4096 x 4096 pixels per image, which, if you notice or are interested in the subject, will know that it makes a lot of difference compared to the low-resolution images we are used to seeing in the app.

But will not it make the service slower?

It is true that this additional amount of 4K resolution will weigh, we have no doubt that we will send and receive more “heavy” photos, Facebook assures users that it will be the same speed as before (of course, depending on your connection).

To experience sending and receiving photos in 4K resolution, you need to upgrade your Messenger application to the latest version. According to information, this functionality is entering the service incrementally, available for users from the United States, Canada, Australia, the United Kingdom, Singapore, Hong Kong, Japan and South Korea. India is also in alignment to receive the new functionality soon.