Several online platforms are there that offer two-factor authentication for security reasons. But, the social media giant Facebook wants to go a little further and will offer its users authentication via USB.

Facebook Just Introduced A New Feature For Your Security

There are several online platforms that offer a system of two-factor authentication to fight the most against piracy in user accounts. It is a system that consists, as a general rule, of sending a code or password to the user through SMS or by e-mail. Facebook wants to go a little further and will offer its users authentication via USB.

From the social network, the system of double authentication is activated every time a user connects to their account from a mobile device or computer that are not the usual. Although it is a fairly safe system, we can never talk about 100 percent effectiveness against piracy, and this is where the new possibility offered by Facebook comes into play.

The new proposal aims to avoid the risk of interception of the code or password sent in the second phase of the authentication process. For this, it simply put into play the option of a physical USB that contains an encrypted key. In this way, it is necessary to have a physical element that, a priori, is virtually irreplaceable.

The process to verify the identity is the same as with the methods described above, except that the new system will require introducing USB instead of code or password sent over the Internet. 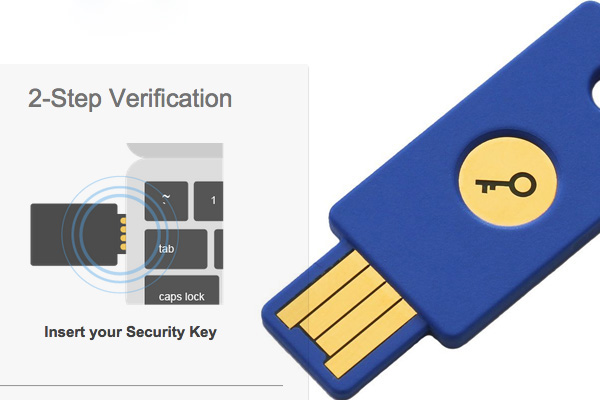 Although this method of using a USB may seem new to many, as few sources indicate that it is a protocol in the same company have long been using internally. Brad Hill, a security engineer at Facebook, stresses that “this is a security system that we use to protect our domestic assets.”

Therefore we can say that we have a technology that has been tested by the social network itself. Of course, to incorporate it will not be worth any stick or USB key, but it will be necessary to make a small investment.

To have this USB authentication, a method will be necessary to have a USB U2F type, a type of stick which can be found in various electronic specialty stores and usually have a price of around $20. From the point of view of utility, it is interesting to know that, in addition to using it with Facebook, we can also use it with Gmail or WordPress as well.