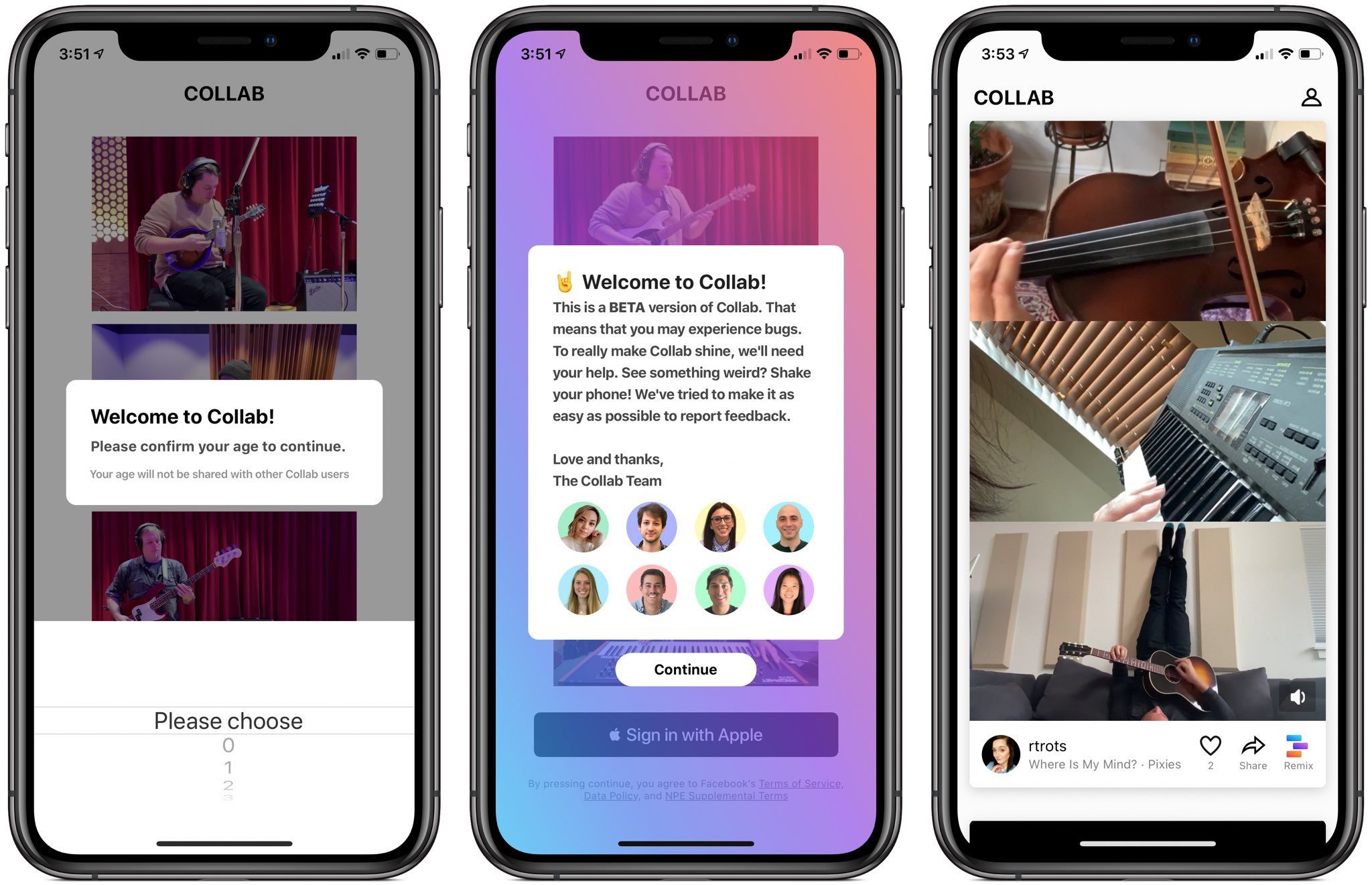 The Collab music app is now available only for iOS beta version users. The users can create, watch, mix and match original videos.

Facebook said in an official post, “With Collab app, we are leveraging technology to help people unlock creative superpowers by collaborating on original music videos from anywhere.”

With Collab app, one can create a short video and then publish it. Other users can watch it and mix and match further. Then you or the other users can share the video to social media platforms like Instagram, Facebook stories and other apps.

The New Product Experimentation team has announced that the Collab app is available only on Beta version.

“Collabs are three independent videos that are playing in sync. With the app, you can create your own arrangement by adding in your own recording or by swiping and discovering an arrangement to complete your composition. No musical experience is required.”

Once you create a Collab video, publish it, and others can watch your video. To get access to collab app, all the iOS users can Sign up for the waitlist.

Facebook said, “We will be opening up the invites in batches, starting with US and Canada.”