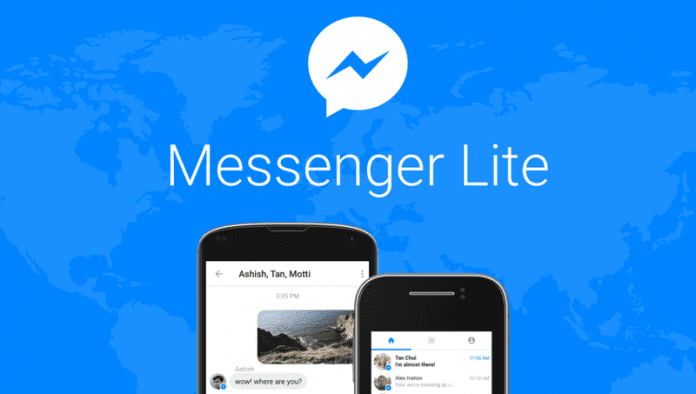 Facebook has introduced new Messenger “Lite” for Android smartphone users and for those who have slow internet connection. This app takes less than 10MB to install on your device.

We all know about the popular Messaging app Facebook Messenger, the chat client of Facebook which is available    on Google play store. Recently, Facebook had designed the tiny and speedy new messaging app for those who users who owe older android phones.

Facebook said “More than 1 billion people around the world use Messenger every month from a range of mobile devices on networks of various speeds and reliability. With Messenger Lite, more people can stay in contact, regardless of network conditions or storage limitations on their Android devices. Messenger Lite was built to give people a great Messenger experience, no matter what technology they use or have access to.”

The messenger takes few seconds to install and have a quick start-up. Users can do various stuff like messaging, exchanging photos and links and can exchange stickers too. The best part of this app is that it comes up under 10MB that means it doesn’t consume much memory to install it on your device.

Facebook had also talked about new Facebook Messenger’s Lite Logo in which they said “Messenger Lite uses the same bolt logo as Messenger, but with colors reversed. The bolt is blue with a white chat bubble background.”

Facebook Messenger Lite  is  already available in Kenya, Tunisia, Sri Lanka, Malaysia and Venezuela and had mentioned that it will be available in other countries in the upcoming months.