Facebook has finally rolled out Live Audio Rooms and Podcasts for all iOS users in the United States. As of now, the feature is available for US-based public figures and few groups who can start hosting the rooms from the main Facebook iOS app. The main app should be iOS, and the people who can join can be any iOS and Android user.

One can invite a speaker with up to 50 people, and there is no capacity for listeners. The power of inviting people to join the live rooms depends on the host, but everyone can listen to the conversation.

Clubhouse Like Live Audio Rooms & Podcasts Rolls Out in the US 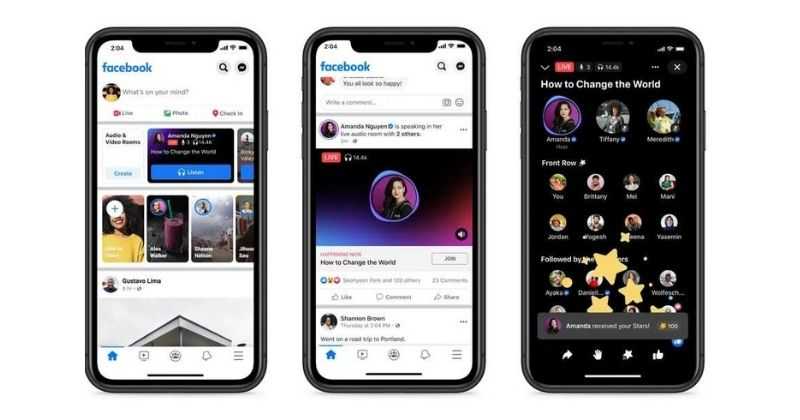 Apart from this, Facebook is also introducing many features like notifications; whenever someone is joining a room or live captions, you will be notified. And if you want to join the conversation, you must click on the “raise a hand” button, and you can interact via chat.

The admins have control over who can create a room, group members, other admins, or moderators in the groups. However, the public group chats can be accessed by everyone in or outside the group. But the private group chats will be only for group members.

While having a conversation, the hosts can select fundraisers or nonprofits to donate to showing on the chat. This feature is similar to Clubhouse as many creators have hosted fundraisers, but in order to facilitate donations, they have to direct people to outside links.

On talking about Podcasts, Facebook has only added few podcasts, including Joe Budden of Joe Budden Podcast, “Jess Hilarious” from The Black Effect Podcast Network, Keltie Knight, Mecca Tobin, and Jac Vanek from LadyGang. Soon, the company will be adding more.