Facebook has recently introduced an enormous collection of over 1,500 new Emojis. The new emojis are accessible to those users who have an updated Messenger app installed on their device.

The new emoji pack offers you to pick the favored skin color and also places women in professional roles.

Good news for Messenger users! Facebook Messenger app has renewed their emoji section with all new designs and focussed on varieties. It now comes with the collection of 1500 emojis which includes lot’s of funny and helpful emojis and the great part is every emoji  is standardized.

Facebook recently added a bunch of new emojis for its messenger, Previously we read that facebook is forcing its users to try its Messenger app. So adding a bunch of estimated 1500 emojis can prove handy for those who are moving to Messenger app. 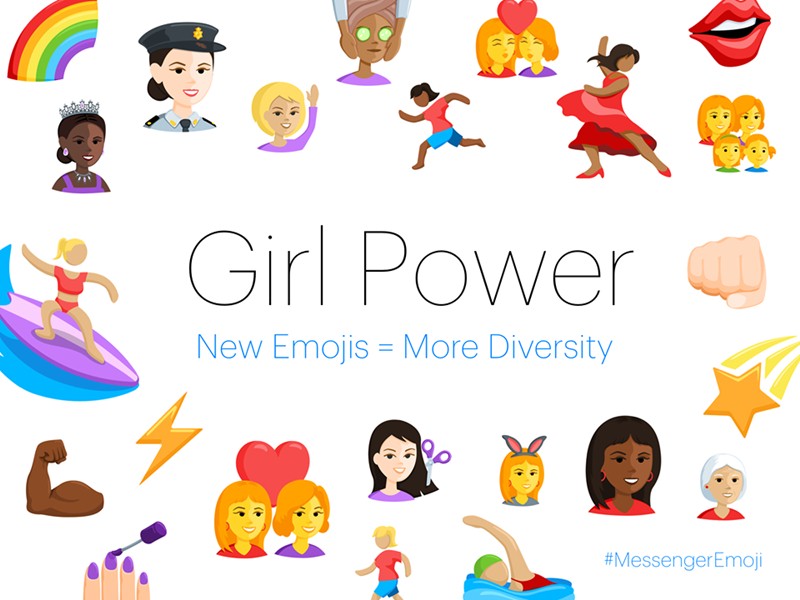 The new emojis also includes female versions too. We have the female police officer, runner, surfer etc. Users can also get the benefit of setting their own various skin tone.

“In an effort to make the emojis you send a better representation of our world, you will also be able to pick the skin color you prefer. All you have to do is set the color you want your default emojis to be when Messenger launches, and your emojis after that will follow your preference”

The great part of the news is that it doesn’t matter what emoji’s you pick from the list, it will all look like the same for all messenger users, no matter if they are using Android or iOS or any other platform.

“No matter what emoji you pick, it will now look the same for all Messenger users, regardless if the recipient is on Android, iOS or another platform”

To use this emoji pack you need to update your existing Messenger app, if you have already updated to the latest version then you can simply enjoy the bunch of new emojis, you just need to tap on the new emoji icon which is on the left of the composer.

If you are using the new emoji package, share your experience with us after utilizing all new compilation of 1,500 unique Emojis.