Now the social media giant Facebook will show you ads even if you are using ad blockers, as there are many people who really don’t know that 84 percent of Facebook’s ad revenue comes from the mobile devices, hence, Facebook is fighting back against the ad blockers.

Facebook To Show Ads Even If You Are Using Ad Blockers

Soon your ad blocker will be useless on Facebook. On August 9, 2016, the giant social network Facebook announced a new “approach” in ads, in an attempt to improve the user experience and at the same time to prevent advertisements are blocked.

As justification, the social network explains that the ads did not follow the evolution of the internet content, which are more “immersive and intuitive.” This time, Facebook will provide a tool for the users to control what they want to see, probably avoiding the frustration of display advertisements unrelated to the user.

Theoretically, this smart ad selection, which is made with artificial intelligence has existed for some time and is not exclusive to Facebook. But it does not seem to be working very well since the power to see what you want is more on the user’s hand.

The new feature works like this, if an advertisement is bothering you, Facebook will show the option “Why am I seeing this?” And from there you can set up your interests. Therefore, the social network decided to display ads even for those who using ad blockers.

With this new simple tool, Facebook says to meet the request of many who argued that blocking ads because if it is faced with advertisements then it considered annoying and invasive. They still pin “certain undertakings” blockers who tried to make a financial agreement with Facebook to bring social networking in a whitelist.

“When there are relevant and well-made ads then ads can be useful and help us to find new products, services and offer new experiences, such as let you know your favorite band will play in the city or that there is an unmissable offer of a trip,” Bosworth lumped said on the official blog post.

With this customization, social media giant Facebook suggests that all its users that Ad blockers could threaten the success. Following what Google does with the information in your account, Facebook will also show which advertisers have their data in lists of consumers.

The new page can now be accessed here. From here you can see what Facebook thinks you like, why it thinks this (eg, clicked on an ad related to that subject) and customize the settings if it thought wrong. Just add or delete the different preferences. 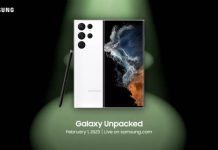 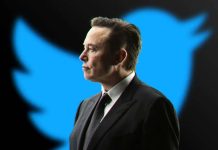 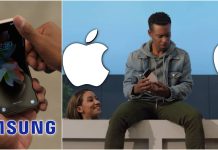