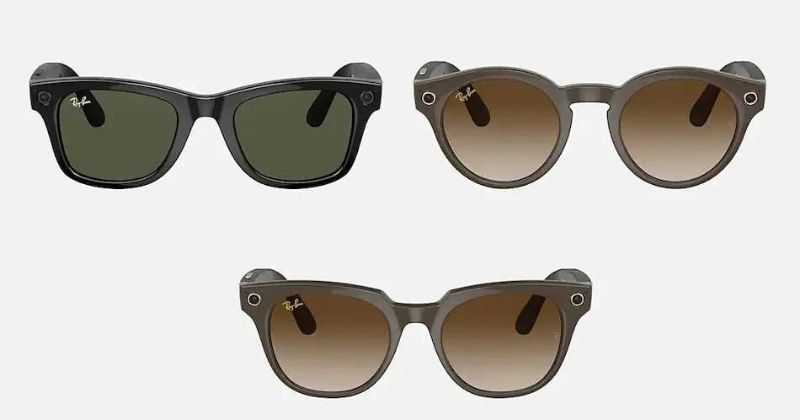 Finally, Facebook has launched the much-awaited smart glasses on 9 September. The company has done a partnership with a popular brand Ray-Ban.

The Facebook smart glasses are named as Ray-Ban Stories that can take photos and shoot a video of 30 seconds. They can also play music, make calls, and do podcasts.

At present, the Facebook Ray-Ban Stories are available for sale in the US, UK, Canada, Italy, Ireland, and Australia. The availability of glasses in India is yet to announce.

The smart glasses are available in three designs and have frames in multiple colors. Also, there are different types of lenses, from which customers can select according to their needs.

There is external-facing LED lights as a privacy feature that shows the user whether the cameras are working or not. The Facebook wearable doesn’t have any AR app. Though it has temples that double up as earphones and touch controls for calls, volume, and music playback.

Ray-Ban Stories has a virtual assistant with which users can take photos and videos without using their hands. Just say “Hey Facebook” and it will snap photos.

However, to share the photos and videos to other platforms, the users will need a separate Facebook View app. There are many other companies like Google, Snap, and Amazon that already have smart glasses.

“Ray-Ban Stories (smart glasses) is an important step towards the future when phones are no longer a central part of our lives and you won’t have to choose between interacting with a device or interacting with the world around you”.

Smart glasses can be purchased via online Ray Ban’s website. The wearables can be paired up to smartphones running Android 8.0 and iOS 13 or above via Bluetooth v5.