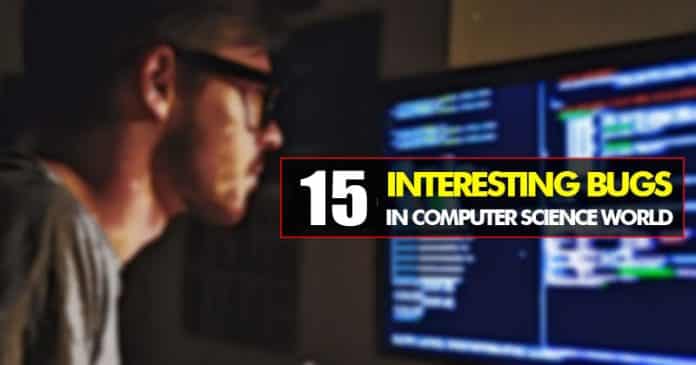 It doesn’t matter how tight your security is; bugs will still find their way to your computer. Bugs have no link with your PC’s security & privacy options; they enter your system via system and app updates.

Bugs don’t raise any security issues but can break the functionality of your operating system. For example, a bug in Windows might prevent you from using system features such as the Start Menu, Search, etc.

List of 15 Famous and Interesting Bugs in Computer Science World

Similarly, a bug in software can affect the performance & can ruin your in-app experience. The world has witnessed many exciting bugs that cause great havoc. Below, we have listed some of the famous and interesting bugs in the computer science world. Let’s check out.

Due to the Integer Overflow bug in the whole system of the Rocket panel, the Ariane 5 Rocket blasted into pieces within a few seconds of the launch.

This rocket was meant to carry the spacecraft to space, but because of the bug it just ended up useless, leaving behind the $370 million loss!

Iraqi missiles hit 28 soldiers dead and left behind 98 injured. This was all because of the error in the patriot missile system that failed to work and intercept the incoming missile, although the lives could have been saved.

While making a Youtube video, a 32-bit signed integer was used to store the video’s count, but at that time, no one would have thought that the videos on Youtube could even get more counts than that.

The Gangnam-style video got more than a 32-bit integer count, and maybe you might have also viewed it. Google then fixed it and increased the value of the counts to 64-bits; maybe for another era, there would be no video with more views than a 64-bit integer count.

PayPal once read or credited about $92 quadrillion to the account of Chris Reynolds from Pennsylvania, and that was all due to the bug that was fixed afterward.

During the 1960s, computer engineers used 2-digit representations of the years like 70 for 1970. Still, on January 1, 2000, many of the computers would have read up to the year 1900, and to solve out the issue, much work was done by the engineers.

Windows calculator had a bug; have you ever noticed it in the past? It is the wrong answer for the square root of [9]-3.

In the answer for many other square roots, the calculator didn’t show up the 0, which is the correct answer!

In 1990, a software bug caused AT&T a significant $60 million loss. That was all due to the issue in the company’s long-distance relay switches software that prohibited the users from making Long distance calls for about 9 hours!

Because of the ground-based error, the Mars Climate Orbiter launched on December 11, 1998, disintegrated with the connection and was found lost after 286 days of launching. According to the NASA fact sheet, this caused a $328 million loss.

A Blackout across 8 US states and Canada caused about 50 million people. This was then described as the race condition bug, which affected the people.

This was supposed to happen when the two separate threads of a single operation use the same element of code, and without the proper synchronization of the threads, these cause the system to crash.

In 1993, Intel’s most famous Pentium Chip turned out to be pretty bad at math. There’s a bug that interfered with the computer chip.

The chip gave wrong answers, making the problem blow up into the mother of all public relations disasters.

It was in the year 2012 when Apple decided to give up on Google Maps and replace it with a new map app that Apple composed itself. However, things didn’t go right, and the Maps failed to give proper directions.

Even the train stations, lakes, and bridges went missing or were mislabeled from the map, giving users the wrong direction.

13. A Bug Fooled Google Into Thinking The Entire Web Is Malware

On January 31, 2009, Google’s search engine warned every user that everything on the web was malware. Even the bug displayed Google’s homepage as malware.

The bug created lots of havoc, and the effects lasted around 55 minutes. But the bug was fixed after that, and everything went normal.

In 1962, the first spacecraft of NASA’s Mariner program designed to fly on Venus exploded. It was about 4 minutes and 55 seconds into the mission when the spacecraft exploded.

At first, NASA described the issue as ‘improper operation of the Atlas airborne beacon equipment’. But, later, it was revealed that it happened due to an engineer’s mistranscription of a single punctuation mark, which led to a software error.

15. A Bug that restricted long-distance calls

AT&T tried everything to fix the issue and later assumed that it was being hacked. However, in the end, it was found that the problem occurred due to a bug in its new software.

So, these are the most famous and interesting bugs that the computer science world has witnessed. Let us know what you think about these bugs in the comment box below. 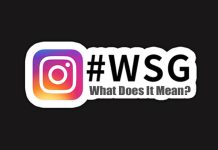 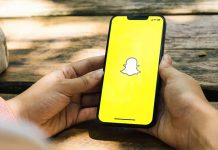