If you are an active WhatsApp user, you might know that the app receives updates at regular intervals. Some of those updates fix bugs and improve security, while others add new features.

We are talking about the WhatsApp update because recently, the company has officially confirmed that it will be rolling out five new features for smartphone users. The five new features will roll out to every Android & iOS WhatsApp user in 2022 itself.

Hence, in this article, we are going to discuss about the new features that are about to roll out very soon. So, let’s check out the five new features coming to WhatsApp for Android & iOS. 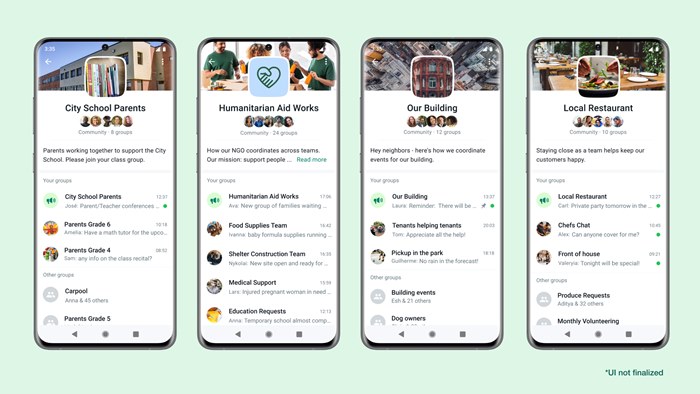 The meta-owned instant messaging service has officially confirmed that it will be testing a new feature called ‘Communities’. So, what exactly are the Communities, and how will they help users?

Well, Communities is basically an upgraded version of WhatsApp groups available in the app. Community on WhatsApp will serve as a one-stop solution for users who need a place to manage all groups, members, and features.

In simple words, WhatsApp communities will have several groups together and allow the community admins to send messages to all the groups at once. Similarly, users can join communities and enter into relevant groups.

A similar feature is seen on Discord, where you create a server and add channels to it. So, in WhatsApp Communities, you can create a community and add groups for a different purposes.

WhatsApp has also confirmed that it will be increasing the file sharing limit to 2GB for its user this year. The new file-sharing Limit of WhatsApp is already being tested, and it’s available in the beta version of the app in Argentina.

If you don’t know, currently, WhatsApp only allows you to send only up to 100MB of files to other users. Yes, there’s no restriction on file types.

WhatsApp is also working on a new group-specific feature that would allow group admins to delete group members’ messages. The new feature is called Admin Delete, and it will help group admins to remove errant or problematic messages from everyone’s chat.

The admin delete feature is right now being tested on the beta version for WhatsApp, but for selected users. If you are using WhatsApp beta, you can try your luck out there.

We’re excited to announce that reactions are coming to WhatsApp starting with 👍❤️😂😮😢🙏 and with all emojis and skin-tones to come. pic.twitter.com/086JnVS5Ey

Yes, the long-hyped and much-anticipated Message reactions will go live pretty soon. The Message reaction feature of WhatsApp will allow users to react to messages with relevant emojis.

The functionality of the Message Reactions will be similar to how you react to messages on Messenger and Instagram. The feature is right now being tested in the beta version of WhatsApp.

All of the features were expected to be available before Communities, and the new features will go live in the next few months.

So, these are the five major new features rolling out to WhatsApp this year. What do you think about these new features? Let us know in the comment box below. If you find this article useful, make sure to share it with your friends.