If we look around, we will find that everyone now holds a high-end smartphone. Well, popular smartphones like Samsung Galaxy S8, Google Pixel 2, OnePlus 6 can eliminate the need for DSLRs because they presently carry powerful cameras.

Everyone loves to capture videos, click photos from their smartphone. If we take a look at our Phone’s gallery, we will find some special moments that are either captured in the form of image or videos. However, to make those moments more memorable, we choose to edit them.

Now, video editing has become a coveted skill. Special thanks to the success of many YouTubers, everyone now seems to be trying their hands on it. So, if you are also looking to join the platform and willing to share awesome videos, you will need a better video editing tool.

So, we are going to introduce an excellent video editing software for Windows 10 known as Filmora Video Editor developed by iSkysoft. But, before we proceed further, lets take some time to introduce the company.

iSkysoft is a software manufacturing company which was established in the year 2007. The brand was launched aiming at Mac Software, and later the company made some noteworthy success in Windows market.

iSkysoft is a group of young people who choose to study on various issues that normal users have faced on both Windows and Mac computers. They are dedicated to serving others with easy-to-use utility tools.

Guess what? the company has software for iPhone data recovery, Android Data Recovery, Video Editing and much more. The company is also known for its data recovery and video editing tools.

What is Filmora Video Editor?

Well, Filmora Video editor is one of the best video editing tool available for Windows operating system. ISkysoft makes the video editor and it contains every feature that you might need in a video editing software.

Professionals or YouTubers basically use Filmora Video Editor. But, if you are a beginner in video editing section, then you might find this tool super awesome because of its user interface. 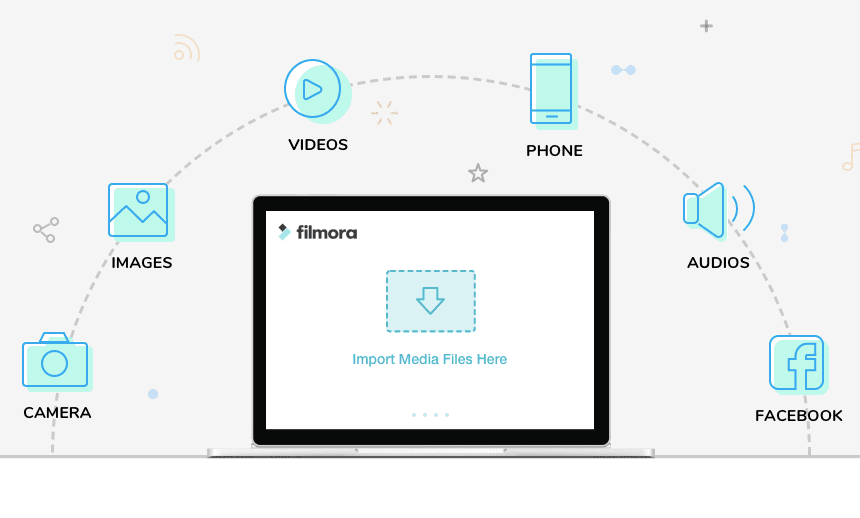 Filmora Video Editor comes with an awesome feature which allows users to detect the whole video and split them based on different scenes.

With the help of Filmora Video Editor, you can stabilize a shaky video and eliminate the effects of camera shake.

Well, if you don’t want to go through lots of video editing stuff, you can apply a video filter to transform your entire video. There are more than 200 filters which you can use in Filmora Video Editor

Best Suited for Beginners And Professionals

As described earlier, Filmora Video Editor for Windows goes well with beginners because it’s easy to use. For professionals, the tool provides lots of advanced tools which could be of great use.

So, Filmora Video Editor for Windows is for those who want to sharpen their skills in video editing fields. YouTubers and professional video editors praise the tool because it contains almost all features that needed to be the best.

So, overall, Filmora Video Editor is one of the best windows 10 video editor which you should have on your Windows 10 computer. If you have some doubt or need additional information, then please discuss with us in the comments.