We all know that Firefox is unquestionably one of the best browsers of today. Although not the most used worldwide, this browser has evolved significantly both by performance level and functionality level. Hence, recently it released the new version of Firefox 63 with a game-changing new feature.

Firefox 63 To Get This New Game-Changing Security Feature

It seems that nothing is able to shake the domain of Chrome, but there is no denying that Mozilla has been struggling – and a lot – to increase Firefox’s market share. After accelerating the browser with the Quantum project, the organization now tries to make it more secure. To do this, Firefox will add hidden cryptomodule mining protection and facilitate crawl blocking.

2017 has been a busy year in the world of digital coins, and since then many people have resorted to nefarious tactics to bill something with mining, including inserting or triggering scripts for this purpose in extensions and web pages, a practice known as cryptojacking.

The biggest problem with these scripts is that they consume resources from the computer or mobile device very discreetly. Sometimes the user even realizes that the equipment is spending more energy than usual or that data traffic has increased, but neither does it imagine that the cause is a cryptocurrency mining process running in the background without your consent.

Mozilla will tackle this problem by including a cryptojacking script blocking feature in Firefox. The feature will be part of the tracking protection that the browser already has. In the configuration interface, the user can choose which types of abusive scripts to block. Mining scripts will be among them. 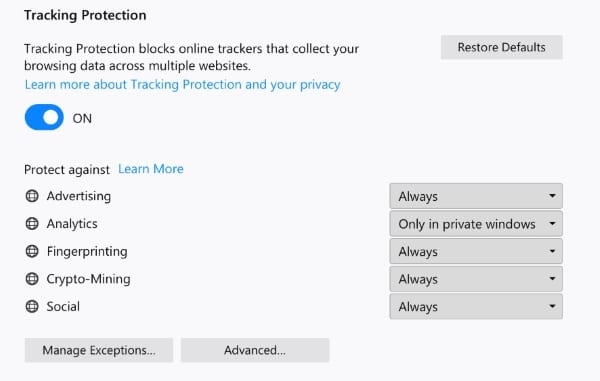 It’s not a new idea. The Opera already has native cryptojacking blocker, including the mobile version. Mozilla had signalled an intent to provide similar protection. Now we know that the feature will be implemented officially in Firefox 63, to be released until October.

Why not a date closer? One reason, probably, is that the feature is not isolated: it will be part of a series of changes. It starts with protection against crawlers. The blocking was already possible on private tabs and, from Firefox 57, it became available in conventional browsing mode. However, the feature is not enabled by default.

It is in the plans to facilitate the activation of Tracking Protection or at least to make it more visible. To do so, Mozilla will promote changes to the interface that include access to the resource from the main menu or through the site information box that appears at the left end of the address bar. 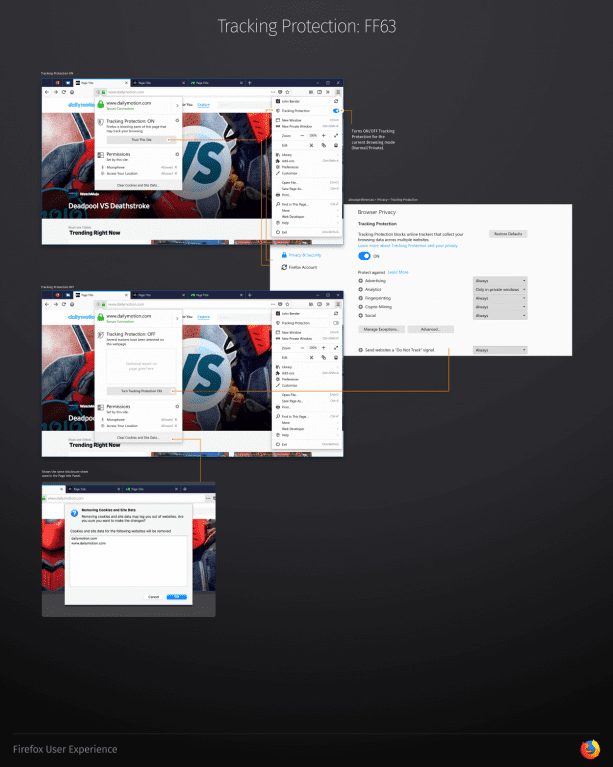 The news does not end there. Mozilla also aims to make it easier to access cookies and other browsing data, as well as make Firefox block fingerprinting: it is a relatively old technique that combines data from software, plugins, and the like to monitor specific user activities. This allows you to display targeted ads, for example.

Moreover, the new security features can be pre-checked in Firefox Nightly (trial version).