We all know very well that the hackers are increasingly focusing on the cryptocurrency mining, creating malware that takes advantage of the resources of the computers of the victims to generate these cryptocurrencies. According to the latest reports, recently, a security researcher has discovered the first Firefox extension that injects crypto miner in your browser.

Contents show
This Is The First Firefox Extension That Injects Crypto Miner In Your Browser
How to uninstall the Image Previewer extension and avoid getting infected again with this type of malware, both in Firefox and in any other browser?

The hackers are increasingly focusing on the cryptocurrency mining, creating malware that takes advantage of the resources of the computers of the victims to generate these cryptocurrencies or injecting web pages, through security flaws, scripts that do this same simply with visiting a specific website. However, hackers never have enough and are constantly looking for new ways to compromise user security with techniques such as those used by Image Previewer, an extension of Firefox.

A few hours ago, security researchers warned about Image Previewer, a malicious extension for Firefox that promises to preview images on web pages while browsing, but that, however, its main purpose is very different.

When a user installs this extension, it automatically takes control of all the websites that we visit from our browser and injects JavaScript code into these pages in order to display ads in the form of banners or pop-ups, and also tricks the user so that they try clicking on them.

But this is not the only thing that this extension does. In addition to the announcements, this add-on injects in the webs cryptocurrency mining scripts, specifically Monero, to take advantage of the user’s resources to generate these cryptocurrencies. Unlike other similar mining scripts, this “only” puts the CPU at 50% to avoid raising suspicion and users’ notice that the computer getting too slow. 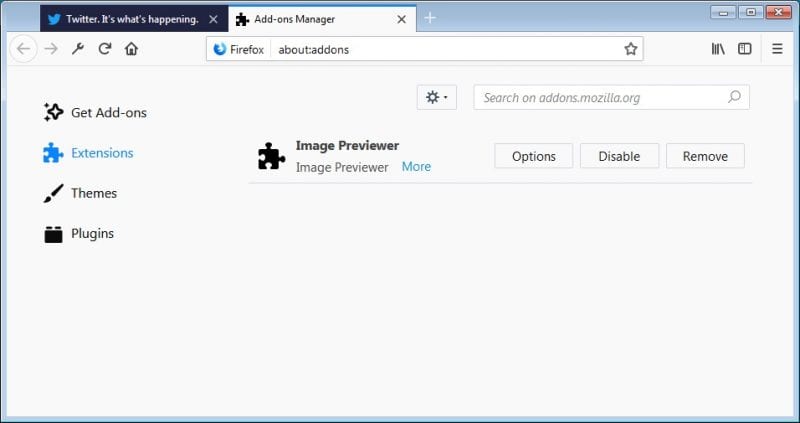 How to uninstall the Image Previewer extension and avoid getting infected again with this type of malware, both in Firefox and in any other browser?

Luckily, the Image Previewer extension does not have persistence functions, so if you have installed it, you can uninstall it like any other extension, by accessing the extensions panel, pressing the Control + Shift + A keys, and can remove the extension as if it were any other, you can also eliminate any threat and leave your browser clean again. 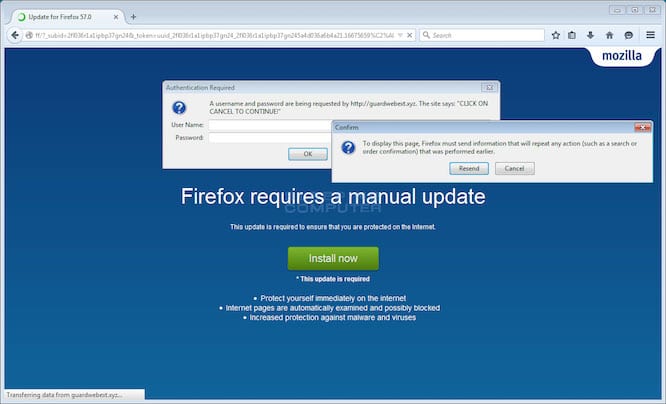 To avoid becoming infected again, we must be more careful with the extensions we install, and above all, from where we do it. In the case of Image Previewer, the extension was offered through web pages created by hackers as a Firefox update. In case of having identified the deception before downloading the extension, or having only downloaded extensions from the official Mozilla platform, this malware would not have affected us.

Finally, if we want an additional security measure, like other times, we recommend installing Halt and Block Mining, a script created by us that modifies the hosts file of our system to add the main servers used by the malware that mine cryptocurrencies to our coastline so that, even if it infects us, it will be not able to connect to the server and operate it.

This type of extensions was already very common in Google Chrome, however, Image Previewer is the first extension of Firefox that does this, which shows us that hackers are focusing a lot on this web browser and that we probably start to see new similar attacks directed on it.

So, what do you think about this new malware? Simply share all your views and thoughts in the comment section below.