The holder of the most iconic brand of mobile phones, of course, I am talking about the Finnish company Nokia is always expected to present two models that attack completely different ranges: the Nokia 1 in a range with Android Go and Nokia 7 Plus, a mid-range model. However, now according to the latest reports and leaks, the very first Nokia 7 Plus live image leaked recently.

The Finnish company Nokia, or rather, HMD Global will present at the next major technology event, the MWC 2019, a new mid-range smartphone from which some features are already speculated. But now there is a photograph that reveals it as it is, confirming even some rumours, namely the 18:9 aspect ratio screen.

February will be a month of many new developments in mobile technology, with large launches reserved for the World Mobile Congress that will take place in Barcelona, from February 26 until March 1. It is certain that the days before the event will be used by many brands to make their events launching new models, as is the case of Samsung that will present the new Galaxy S9 on the 25th, and the same is expected of HMD Global.

The holder of the most iconic brand of mobile phones is always expected to present two models that attack completely different ranges: the Nokia 1 in a range with Android Go and Nokia 7 Plus, a mid-range model.

The Nokia 7 Plus is one of the models that has aroused much interest from the public for finally a Nokia smartphone comes with “infinite” screen, with a front camera dedicated to higher quality selfies and for being the next Android One.

Nokia 7 Plus and the revealing image

Earlier this week, a picture of some of the new Nokia appeared: rear dual camera, 18:9 screen with curved corners and rounded glass at the ends, fingerprint sensor and “Android One” inscription on the rear, thus ensuring access to major Android updates for at least 2 years. 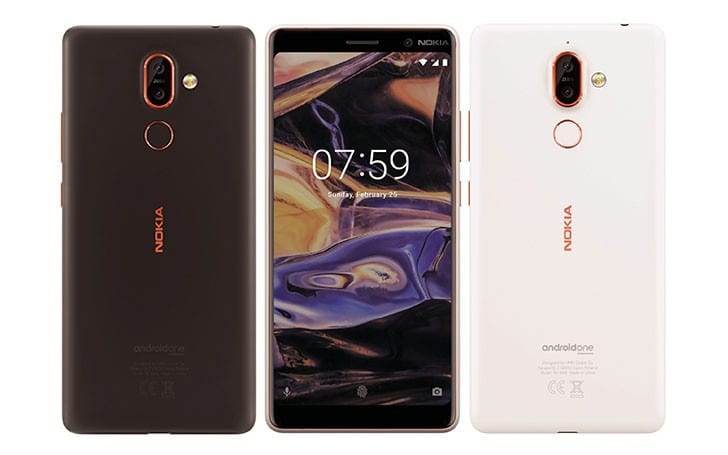 This model is expected to arrive with a 6-inch screen with 1080 x 2160 pixel resolution, 18:9 aspect ratio and a glass with a 2.5D finish. Its processor will be from Qualcomm, an octa-core Snapdragon 660 and should be available with 4 or 6 GB of RAM and 64 GB of internal storage. It is likely to already bring Bluetooth in version 5.0, Wi-Fi ac and USB Type-C.

The image that follows appeared these days on the Internet and proves the design that it had already been disclosed, at least as far as the front area. Then there are other details, namely the words that appear in the upper left corner of the screen, Namaste, and the centre below the date, Raj Sharma, which may reveal that the smartphone may soon appear in India. 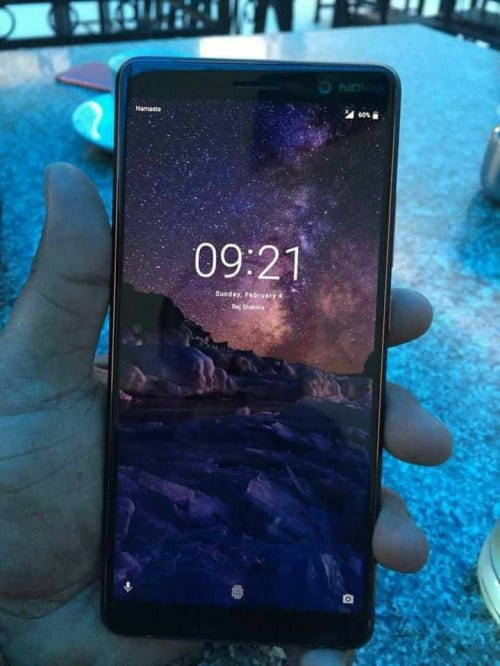 The Nokia 1 will be an entry-level smartphone clearly aimed at emerging countries and will obviously come with Android Go, an obvious choice given its already speculated features.

The Nokia 1 will be released with 1 GB of RAM, 8 GB of storage and a quad-core processor of which the specific model is not yet known. It will have a 4.5-inch screen with a resolution of only 480 x 854 pixels. The main camera will have 5 MP and the front camera will have 2 MP. It will have Bluetooth in version 4.0 and Wi-Fi b/g/n. 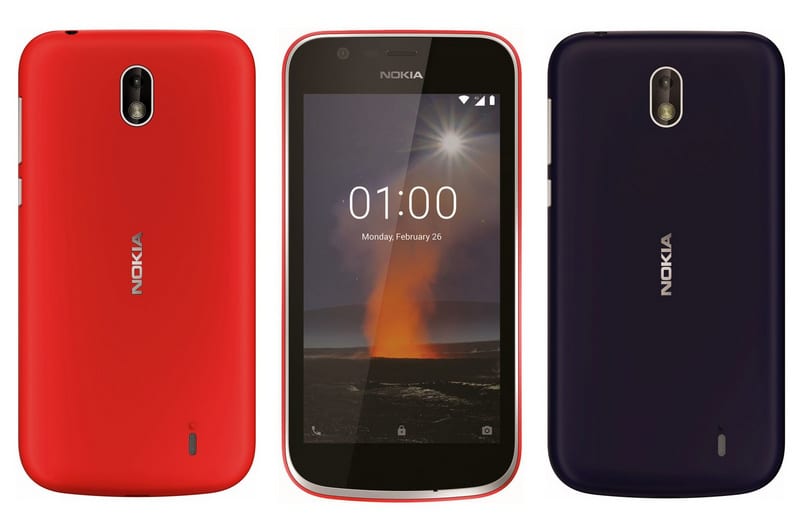 The success of Nokia

HMD Global has been betting heavily on the mid and low ranges in order to reach a large number of customers, and although it seems that its smartphones are not yet conquering a large number of users, the truth is that the results of the Nokia were surprisingly positive.