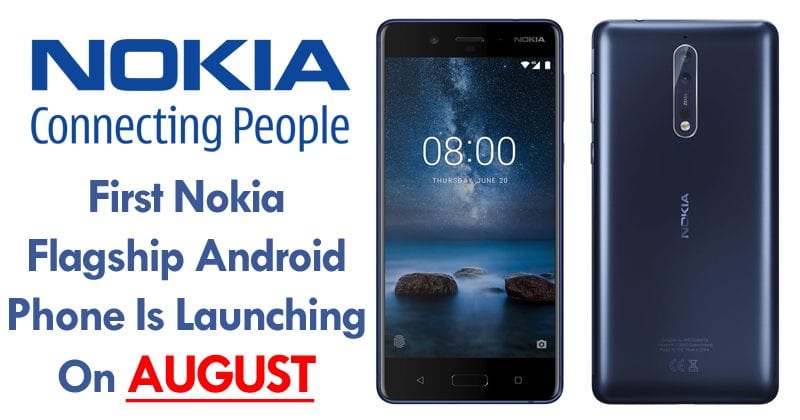 The First Nokia Flagship Android Phone Is Launching On August

We have already seen that the HMD Global, the company that holds the rights to manufacture and sell Nokia branded smartphones had launched Nokia 6, Nokia 5 and Nokia 3 Android smartphones in India.

Well, Nokia 6 is available exclusively on Amazon India, whereas Nokia 5 and Nokia 3 are available on Offline stores. These three Android powered smartphones were introduced at MWC 2017 in February this year.

However, after arriving lots of rumors it is nothing new that HMD will soon launch a top of the range that will have Android as an operating system. The company that currently owns the Nokia brand is now sending invitations to reporters where it says the event will take place on August 16 in London.

Following the launch of the Nokia 3310, 3, 5 and 6, the new Nokia 8 has a launch scheduled for next August 16 in London. According to the latest information, this smartphone should come equipped with Carl Zeiss optics and with the operating system Android 7.1.2 Nougat.

As we have already mentioned, given the specifications, this will be an excellent top of the range. Some rumors also indicate that this equipment will cost only 589 euros or approximately Rs 43,000 plus in Scandinavian countries.

So, what do you think about this new beast from Nokia? Simply share your views and thoughts in the comment section below.