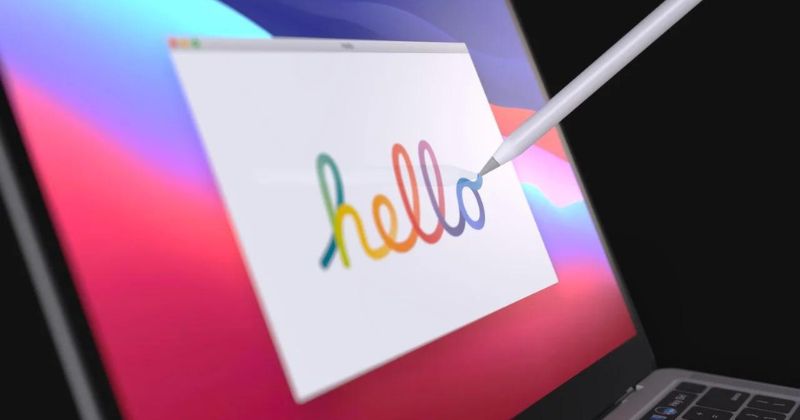 The latest Apple Patent suggests that future MacBooks might get support for Apple Pencil support. Apple is continuing to imagine what the future MacBook would look like.

Apple has filed a new patent that shows the possibility of Apple Pencil support in future MacBook. Right above the keyboard, there may be a dock to keep the pencil safely in the MacBook.

Also, the other image shows the edge or chassis of the MacBook will also support the mounting of the Pencil. 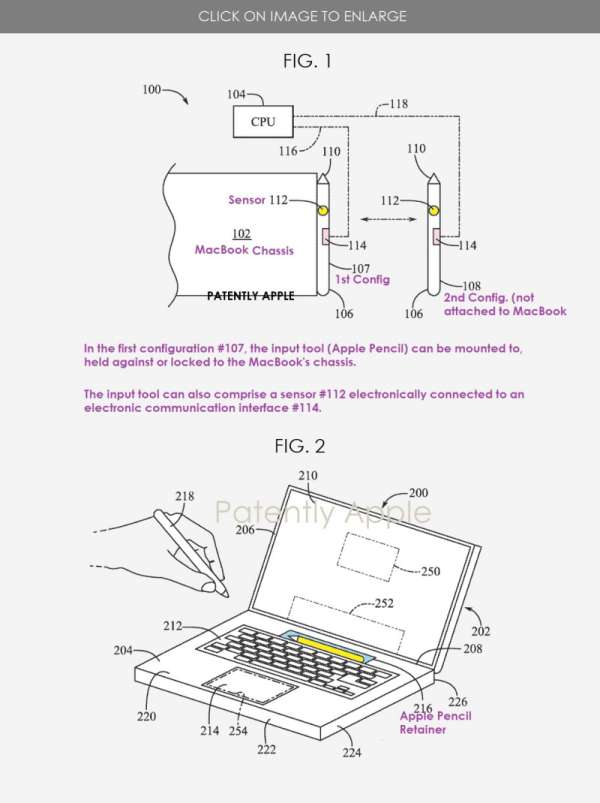 The functional keys will appear with bright lights on the Pencil. We can see in the patent a MacBook with an input tool has a sensor above the keyboard.

As per the reports, Apple filed this patent last year but is making changes to it in terms of technology. The latest patent adds support for magnetic properties to Apple Pencil.

The tech giant might replace the Touch Bar, which is available on the M1 MacBook Pro. It can be replaced with Apple Pencil that works as both a touch bar and a stylus.

Apple MacBook has got many new innovations but never got support for a touchscreen display. The compatibility of the Pencil with the MacBook means Apple might be thinking of getting a touchscreen MacBook. Maybe the users want that.

However, Steve Jobs didn’t like the idea of touchscreen Macs. He said, “Touch surfaces don’t want to be vertical. It gives a great demo, but after a short period of time, you start to fatigue, and after an extended period of time, your arm wants to fall off. It doesn’t work; it’s ergonomically terrible.”

Touchscreen laptops are not really useful, so it might not reach to all the laptops. This is just one of the Apple patent, so it might not come in the future. Let’s wait for the official announcement for this.