Recently, a well-known filtering handler has filtered a new image with the final appearance of the Samsung Galaxy S9, based on the design concepts that the Asian firm could apply to its next flagship smartphone, of course, the Samsung Galaxy S9. And not only that even the image also confirmed that Galaxy S9 will not come with the dual cameras.

We have been watching for weeks that rumours about the next flagship smartphone of the South Korean giant Samsung, of course, I am talking about the Galaxy S9 are gaining strength, and today we see a leak that would continue to confirm that it would carry a single camera in the back, not like the Samsung Galaxy Note 8 presented a few months ago.

We have seen an almost perfect design, except for the fact that it had the fingerprint reader in an awkward position for many, but it seems that the South Korean giant has listened to its users and will change it by 2019.

The double camera looks like it was going to be standardized in the South Korean giant Samsung’s high-end range from the Galaxy Note 8. It is a camera with a normal sensor and another telephoto, to get the famous portrait mode that we see in smartphones such as iPhone or Huawei. For the first time they included it, we have to say that it worked really well, and it seemed that it was going to continue incorporating it in all its high range devices.

Samsung wants to differentiate the Plus model from the normal 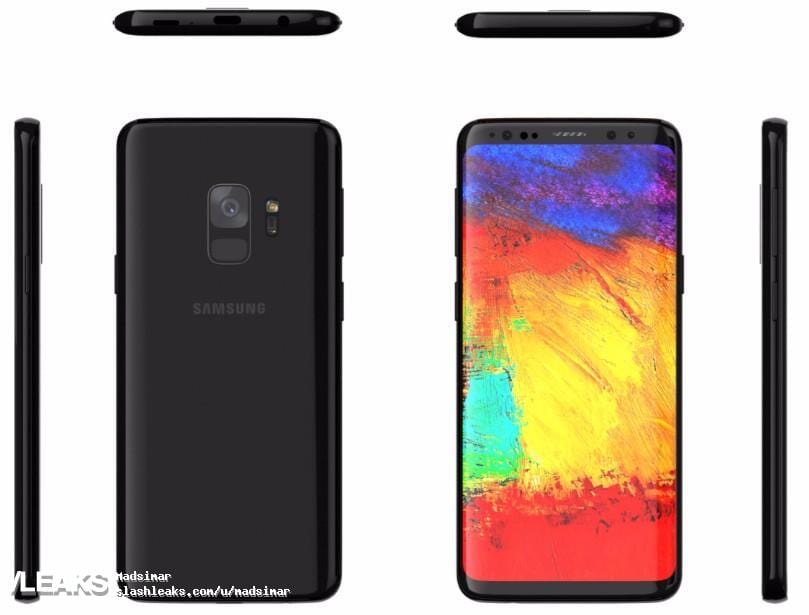 Every time they are filtering more news about these terminals, and this time we see a complete render of the supposed Galaxy S9 of the South Korean giant. The first thing we have to highlight is the change in the fingerprint reader, which as we know, would go under the camera, and the second, is that this time it would not carry two cameras, such as Note 8, but a single camera as the Galaxy S8.

We know that it is to differentiate the two high-end models, as other companies like the tech giant Apple do, but will not it penalize Samsung?

Other details to comment on the front is that their frames will be virtually the same as last year, perhaps with a slightly higher ratio in 2019. Recently we saw how the new Galaxy A8 would carry a double rear camera, and we do not know why, but the South Korean giant Samsung will not include it in the high range. We see exactly the same number of sensors as in the Galaxy S8, being a camera and different sensors to perform the iris scanner.

This terminal is supposed to come out at the MWC in Barcelona, so we still have at least three months left for the South Korean company to reveal all the details about the new Galaxy S9.