According to the latest leaks, the design of the Samsung Galaxy S9 will not present any changes compared to the Galaxy S8. However, a source familiar with the company’s next standard-bearer anticipates that there will be a small, but big change, as far as the Galaxy S9 screen is concerned. The lower and upper frames that delimit the Super AMOLED-Infinity Display could be reduced even more so that the percentage of the display occupies up to 90% of the front of the base.

Just when bells of a possible advance of the Samsung Galaxy S9 sound to January of 2019, they also begin to sprout more and more possible new details on the same one. The Infinity Display concept of the screen will be even “more infinite” as the lower and upper frames will be reduced compared to what is seen in the current Samsung Galaxy S8.

The truth is that the possibility that the screen of Samsung Galaxy S9 see its frames reduced to the minimum expression has been the subject of news on several occasions. We have even had the opportunity to visualize the effect from rendered images. 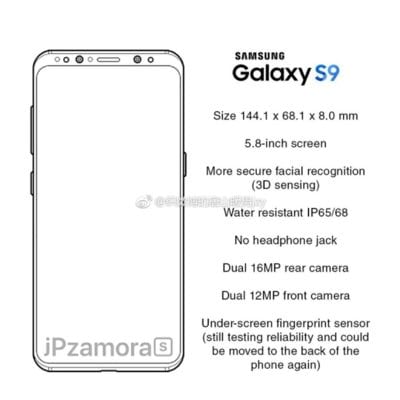 However, now SamMobile is responsible for advancing that there is a chance that this rumour is real. Given that the aforementioned portal accumulates a good number of successes in this type of predictions, partly because of its contacts and filter companies around the Asian multinational, we must take this track into account about the new model of the Galaxy S series. 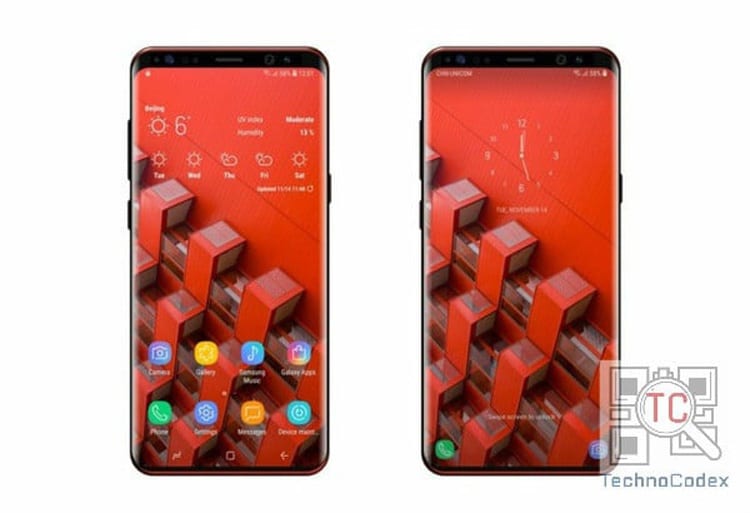 In this sense, the reduction of the frames of the screen of the Samsung Galaxy S9 would come to match the contest with the iPhone X, model with OLED screen that currently holds a prominent position in the new generation of smartphones with ultra-widescreen and without bezels.

Also, and since it seems a fact that the S9 and S9 Plus will maintain the proportions 18.5:9 and diagonals of 5.8 and 6.2 inches respectively, everything points to the dimensions of the Samsung Galaxy S9 will be reduced, at least as far as to the height it refers.