In the coming years, the manufacture of smartphones will undergo major changes. As recently, a group of scientists have been able to discover polymer conferring regenerative properties of glass. A material that can be repaired beyond cuts and damages.

Researchers Developed A Glass That Can Completely Heal Itself

Earlier we have reported that how the manufacture of smartphones will undergo major changes in the coming years. The smartphone as we know it today is not going to look like much to what we will have in the future.

The arrival of the flexible screens is a matter of time. Many manufacturers have been working for years in the development of this technology. In fact, we already know that the screens of the phones of the future will be transparent silver, leaving behind the typical glass screens. This will allow manufacturing devices with more resistant screens.

In this sense, Samsung is one of the companies that has advanced the most in the development of flexible screens. The Korean firm has very ambitious plans for the coming years and in 2019 could start selling these panels to other manufacturers in the sector.

A recent discovery by a group of scientists at the University of California could be a new revolution in the manufacture of screens for all types of devices. Such researchers have been able to create a material that can be repaired beyond simple cuts and scratches. In addition, this material can conduct electricity so it would be ideal for use in electronic devices such as smartphones.

However, now a group of Japanese researchers discover polymer conferring regenerative properties of glass. Ever wondered if you broke the glass of your smartphone and it regenerated the damage automatically?

Well, come and meet the glass that “heals” itself. In our daily life, we use various types of objects made up of various materials, many of which contain glass.

As it is common sense, glass is a material with very little elastic properties and also relatively easy to break. In order to combat this natural imposition, a team of Japanese researchers have discovered a polymer that allows regenerating and bonding glass fragments, without having to resort to glues and derivatives.

We have all experienced episodes involving glass breaks, always being an enormous inconvenience and something very difficult to recover.

However, science and technology are constantly making new discoveries and, very recently, a macromolecule has been discovered which, coupled with glass, attributes regenerative characteristics to them.

Yu Yanagisawa is a graduate student at the University of Tokyo who is doing research in the field of Chemistry, more specifically in adhesives. Quite simply, in the course of these investigations, Yu Yanagisawa realized that a polymer which had just been tested, polyether thioureas, through its hydrogen bonds, was able to confer bonding and cohesion properties between two vitreous plates, thus enabling the regeneration of fragments of broken or separated glass.

The effect is not immediate, with the plates having to be held together for one to six hours at room temperature. 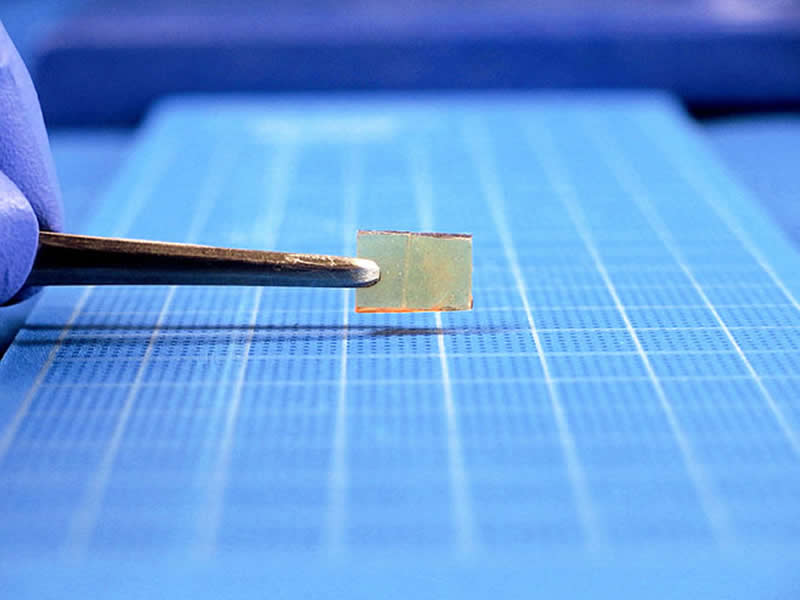 Subsequently, we will have as a result the two plates melted and with their resistance restored, this being an innovation at the level as this adhesive acts on the glass itself and offers resistance and structural cohesion.

This discovery brings several innovations in the recovery of glass integrity in the event of an incident. Having the polymer inserted into the glass itself makes it always available to restore the integrity of some panel, thus avoiding having to resort to adhesives and other external derivatives.