We all know when Google announced the new Pixel and Pixel XL had prepared a surprise. These were the only devices in the Android universe that had access to Google Assistant. However, now it seems little different as Google could bring the Google Assistant to Non-pixel and Non-Google devices.

When Google announced the new Pixel and Pixel XL had prepared a surprise. These were the only devices in the Android universe that had access to Google Assistant.

The idea of Google was to keep Google Assistant for their devices, but as far as we know, this is being released to new users, who do not even use Google phones. Google Assistant will finally be preparing to be global.

With Google Assistant, Android will have a more robust digital assistant and more capable of answering the questions of its users. This comes to replace Google Now, which so far has been the offering of Google.

Until now, it was limited to new Google smartphones, the Pixel, as a showcase of what the company did best. There were no plans to make them available, nor did they even know what equipment they would receive later.

But the discovery of a new version, sent to all those who are testing the beta of the Google app, revealed several new features. The first is the arrival of Google Assistant to this app and also new smartphones outside the Pixel line and even Google itself. On the other hand, there is also access to many other novelties. 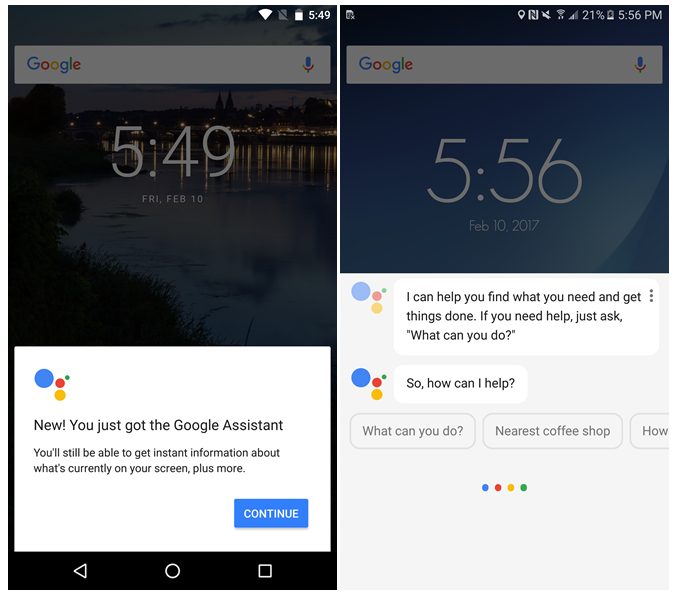 Interestingly Google Assistant does not seem to be requiring the presence of the latest version of Android. Of course, it works well in version 7.1, but there are reports of who has managed to run in version 6 of Android without any change. To use it, you only have to press the Home button; the virtual assistant will immediately appear.

In addition to Google Assistant, this new version of the Google app also features payment components, a lite version of the content display, and search offline. Anyone who wants can already test this version, which is still in very initial phase and might be prone to errors. However, if you want to download and taste the Google assistant on your Android device then simply click here to choose the correct version and download the Google assistant for your Android device.

This is a very interesting change that Google will carry out by opening Google Assistant to everyone and giving access to this new virtual assistant.