Android O, the latest version of the tech giant Google’s operating system, is almost here. The trial versions are finished and the final version will come up soon.

After several rumors about August 21, the tech giant Google finally confirmed this date and, without wanting it, eventually revealed its name: Android Oreo.

Several months ago, since it was introduced in the last I/O, we discussed what will be the name of the next version of Android and when will its launch take place. The tech giant Google, as usual, has kept secrecy and seeks not to disclose this information.

Android O will arrive on August 21

Now a few days remain to be known, that the tech giant Google has finally revealed that it will launch Android O. This new version will arrive on August 21, the same day there will be another eclipse of the sun occur.

To celebrate this moment, and to prepare users, the tech giant Google has launched a new avatar of its Android website that can be found here, where a timer is showing the time remaining for its launch.

Is the name of Android O confirmed?

Around all the news that has been presented and shown in different versions of tests, the name of this new Android has intrigued Internet users.

If it was almost certain that the name will be Android Oreo, the tech giant Google eventually revealed that will be the name of this version. The name of a file shared in this launch ad on Google+ revealed everything: “GoogleOreo_Teaser_0817_noDroids (1).mp4”. 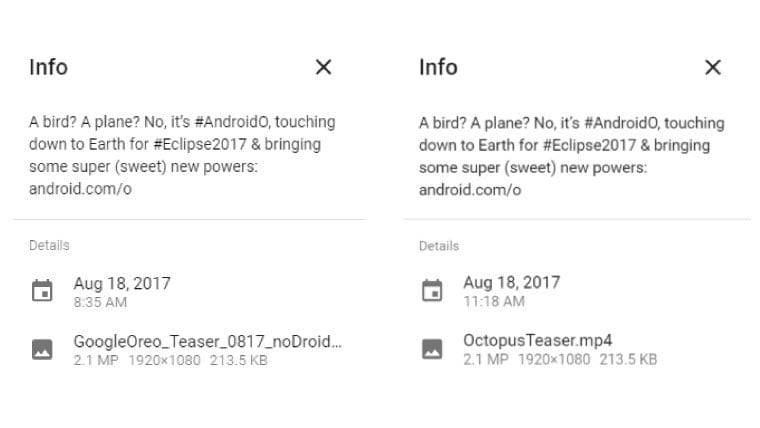 The “bug” was corrected quickly and the file was renamed, also it started with O, this time different from everything that is normal: OctopusTeaser.mp4

However, it will be next Monday, August 21, when the search giant will release the next version of Android, which will almost certainly be called Android Oreo.

So, what do you think about this new version of Android, “Android O”? Simply share your views and thoughts in the comment section below.