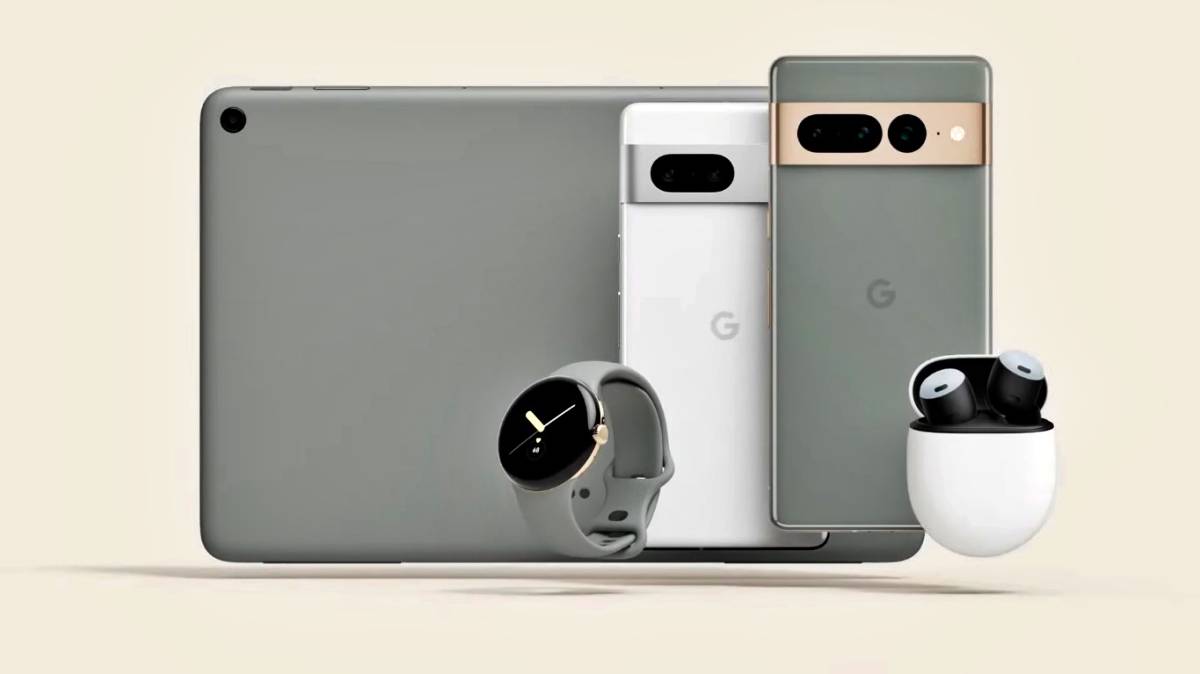 With numerous slams on other smartphone brands, they revealed many new features & enhancements that are coming in the growing Pixel family. Let’s delve into the complete details below.

Here Are All Details About Google Pixel 7, Pixel Watch & Many More

Google begins the event with its next-generation chipset, which is Google Tensor G2, which comes with multiple improvements to the Pixel 6 series’ Tensor G1. And Google will also implement 24/7 carbon-free energy by 2030.

As we all know, Google Pixel 7 & 7 Pro are powered by a Google tensor G2 chip that includes various chips for different intelligence purposes, such as it has Titan M2 Security Chip that promises better privacy than others.

The Pixel 7 has a 6.3-inch FHD+ display, and the Pixel 7 Pro comes with a 6.7-inch QHD+, and both smartphones have a 25% enhancement to brightness. It supports a 10 to 120hz shiftable refresh rate.

It also has Extreme Battery Saver, and Pixel 6 has 4,355mAh, and the Pro model has a capacity of 5,000mAh battery same as the Pixel 6 Pro. And it also supports fast, wireless, and reverse wireless charging, according to Google. 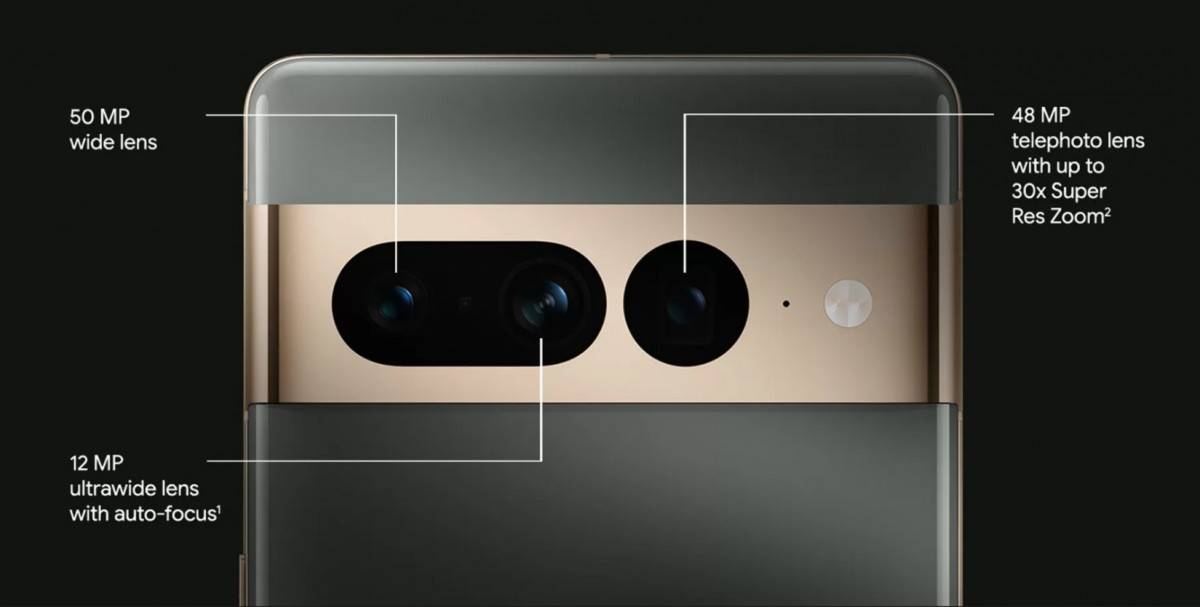 Both smartphones have a 50MP main camera sensor and a 12MP ultra-wide camera with autofocus. The Pro variant has a third camera on its back and a 48MP Telephoto lens with the support of 0.5 x to 30x Super Res Zoom.

A new camera computational photography segment represents Real Tones in captured images. Also, a feature is known as a Guided Frame to help people with disability.

And the best feature of both Pixel 7 smartphones is that you can even make blurry images clear with a new feature known as “Photo Unblur,” and it also has Magic Eraser. For recording, it has a Cinematic Blur feature with a 10-bit HDR and Active stabilization. 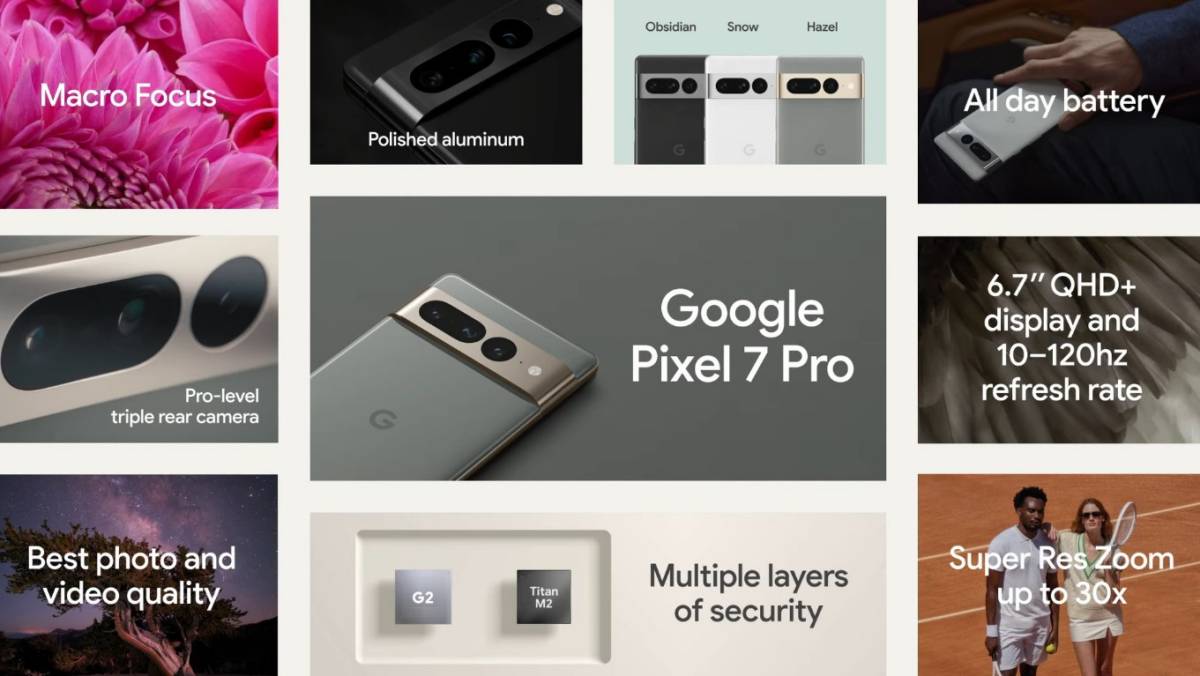 There is new TPU AI Machine Learning and Magically Helpful to improve experiences. The Pixel 7 also has new call assists to filter out spammers, and it is free.

For more, both smartphones have a Clear Calling AI feature to clear call noises, even whatever your network is, and a new free VPN feature by Google One.

Separately, the complete taunts on Apple that they launched a Crash detection feature three years ago, and both pixel devices have this feature. 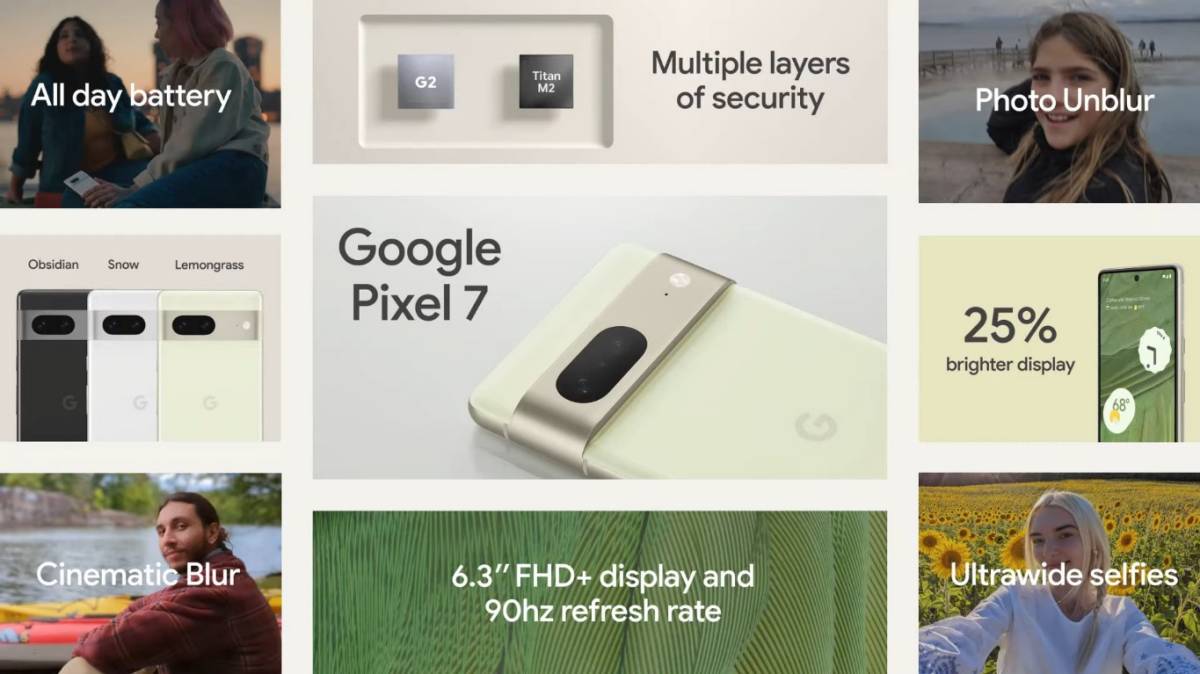 And they are available to pre-order from Google’s online store, and the company will start shipping on October 13. 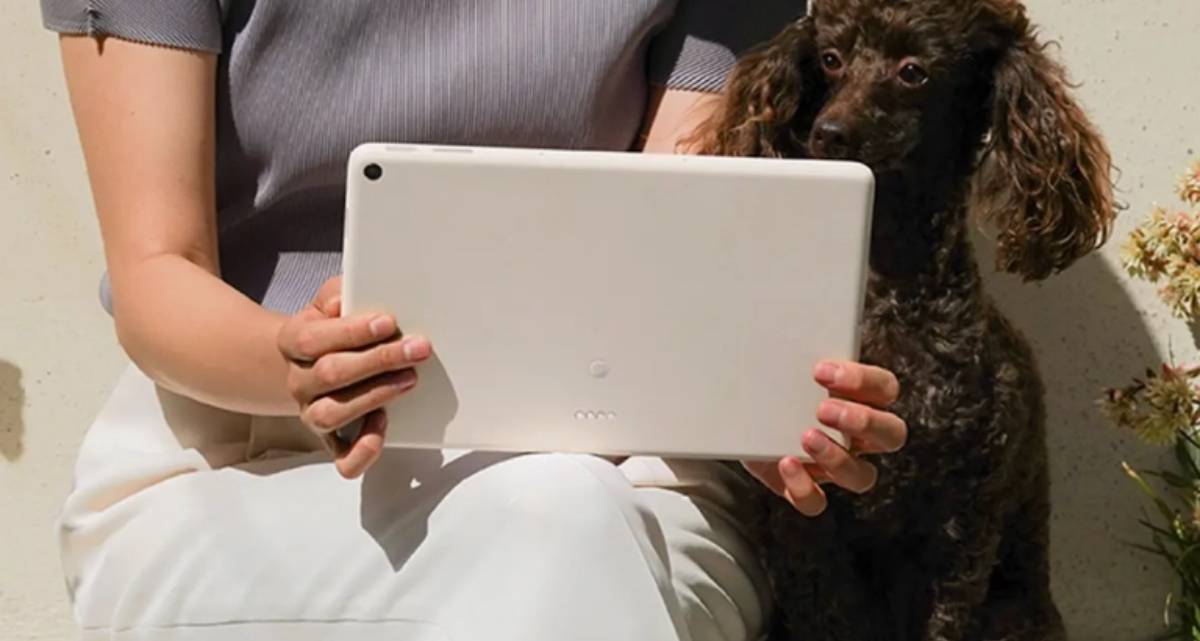 In this event, Google has also given the exclusive first look and major details of its upcoming Pixel Tablet, which merely seems awesome.

Tablets are at home 80% of the day—so we set out to reimagine what a tablet can be.#GooglePixelTablet + Charging Speaker Dock coming 2023¹ ✨

Google Tensor G2 powers this upcoming tablet, and it runs on Android, so you can say it is a big-screen version of the big Pixel 7 smartphones.

The company has also revealed that it charges on a magnetic dock like the Next hub, and Google also represented it more like a home device, as in the above tweet, they said, “Tablets are at Home 80% of the day.”

But at the event, they also mentioned it would be easy to carry outside the home, and the company has only indicated next year about the launch.