We all know very well that Google Play Store is the store of applications and games -among others- of the Mountain View company for users of Android devices. However, now according to the latest reports, the tech giant Google just launched a new app store.

Google Play Store is the store of applications and games -among others- of the Mountain View company for users of Android devices. The war is constant, since its launch, with the tech giant Apple and its App Store.

Because of them, the apps stores, smartphones with Android and iOS are nourished, and they have to be the ideal place for users and developers to want to opt for an operating system, and not for the other. So, the Mountain View firm, of course, the tech giant Google is already finalizing a completely redesigned Google Play Store.

Behind this, there are months and months of testing and development by the Mountain View company. The tech giant Google has been working on a new Play Store, and it seems that it has already started its deployment, although it will be extended in the coming weeks.

There are some ‘minor’ changes, only surface, but there are also some other great novelties prepared with this version. For example, that now the screenshots of the applications are going to be noticeably bigger. In addition to this, the ‘scrolling’ system has been abandoned by a lightbox format focusing on the images. 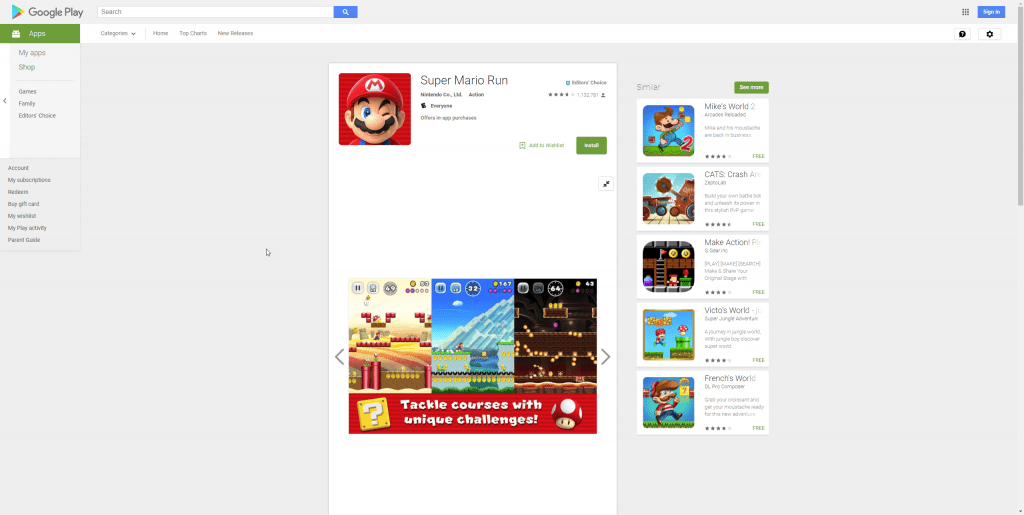 What has also changed is the section on assessments and video games, with a dedicated panel. So we can see how many users have voted positively and the details of their ratings. And so we can also see, more precisely, how many downloads a certain application or video game has reached. In the case of the mobile version of Google Play Store, it has also taken advantage of this redesign of the application store to modify the background colour of the store; that was once grey, and now it is completely white.

Other changes have been introduced, such as the preload of images that, although they may not be notable for users, are focused on improving the user experience within the Google Play Store. The whole set of changes is likely to be delayed in its final release until the arrival of Android P, the next version of the mobile operating system that will arrive throughout this year.

So, what do you think about this new Google Play Store? Simply share all your views and thoughts in the comment section below.