We all know very well that automatic responses can be quite useful. When someone sends you a “good morning,” you probably say “good morning.” Now, according to the latest reports, the tech giant Google just launched a new application that let users reply without typing a word.

Then what about the “Reply”, a new application just launched by the tech giant Google. It suggests responses to WhatsApp, Facebook Messenger, and other messages directly from Android notifications. This is an Area 120 project, the tech giant Google’s in-house incubator – and you can test it out right now.

There are two ways to take part in the tests. One of them is to subscribe to this form and wait for the contact email, which can take a while. The other is to download the app directly from APK Mirror and then you can simply try the app and all its features instantly. 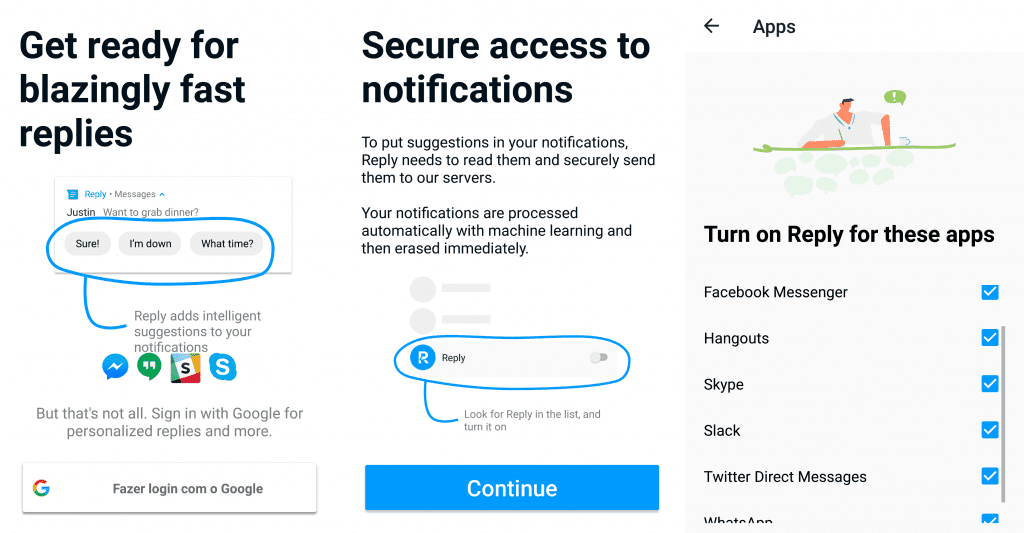 Reply will suggest automatic replies to Android Messaging, Facebook Messenger, Hangouts, Skype, Slack, Twitter (direct messages only) and WhatsApp. It only acts on notifications, rather than integrating with those apps. Even in this initial beta, it works well – even suggesting answers to the messages.

This is the same technology as the Smart Reply, which uses artificial intelligence to analyze messages and predict responses. This is built into Inbox, Gmail, Allo and (for Project Fi clients) on Android Messaging. The idea is to expand it to third-party apps.

As noted by Android Police, not all the features of Reply are working. For example, the app promises to suggest responses taking into account the user’s current location, but this does not yet appear.

In addition, sometimes it also suggests answers for messages as we told earlier. Even so, I was impressed by how well the app works, even in beta.