Google Maps has brought some new features for payments. Now, all the users will be able to do payment for parking or buying a train ticket from the app itself. On Wednesday, Google has announced a collaboration with Google Pay that will allow the users to pay directly from the app. 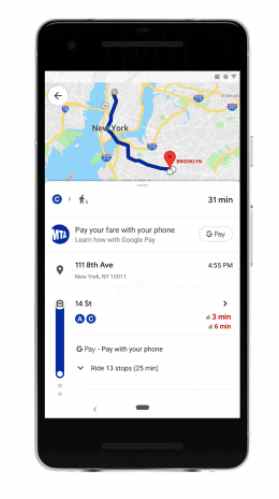 Google Maps will let the users pay for street parking and transit services. The search giant has also integrated with two services, Passport and ParkMobile. Both the payment services offer the ability to find, pay for, and provide parking meters via a phone app.

Simply tap on the “Pay for Parking” button that appears as you near your destination. Then enter your meter number, the amount of time you want to park for, and tap “Pay.” Need to add more time to your meter? Easily extend your parking session with just a few taps.

First, the feature of paying from the app will be available in 400+ cities including the US, Boston, Cincinnati, Houston, Load Angeles, New York, Washington, DC, and more. However, the feature will be first available for Android users and later for iPhone.

If you search for transit directions in Google Maps, in the results, you will see an option to buy tickets. However, for public transportation, the payment system is the same. For parking, the customers must have their Google Pay account linked to a credit or debit card.

The customers can use their phone in a tap-to-pay mode or by showing the ticket on your phone. Moreover, in few places, like San Francisco Bay the customers can buy a digital clipper card from Google Maps.

A few of the transportation agencies have renewed their fare collection methods to include contactless payment. Even the users who rely on weekly or monthly passes have also started working with Apple and Google Pay to integrate the passes.

However, Google is not the only tech giant trying to attract transit riders. Recently, Uber and Lyft have integrated transit directions into their apps.