Google is about to release its much-anticipated phone app feature called the Material You. It is one of the most anticipated aspects of Android 12 on the Pixel 6 and 6 Pro.

The app is currently working on a new UI for the dial pad in order to completely comply with the Material You standards. Well, let’s understand how Material You works?

How Does Google ‘Material You’ Work? 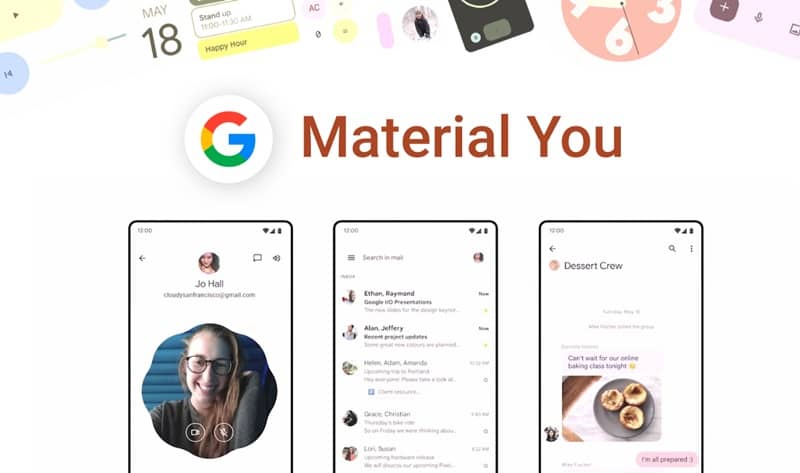 The Material You has a system called “Monet” which utilizes your current wallpaper to produce a color scheme that is utilized across your device. In addition to the wide range of changes and redesigns that are familiar with the UI components of material design.

While the Monet engine that drives Material You’s colorful aesthetic is originally a Pixel 6 exclusive. Now, it will also be available on Android 12. Manufacturers will now be able to design their own compatible dynamic theming engines. It may even use Google’s Monet to qualify for Google Mobile Services.

The color system will be able to start with at least one color and develop a comprehensive color scheme. It is expected to come with three accent shades and two neutrals at the very least. This system does not need to be tied to the device’s current wallpaper, which is a feature of Google’s version on Pixel phones.

On the one hand, it’s not surprising that Google wants to make the dynamic color scheme freely available. Apps on Android will finally have a degree of coherence that Material Design alone has never been able to accomplish.

This isn’t the first time we’ve seen a new GMS requirement in recent months. Last December, Google introduced the “Safety & emergency” tab in Android 12. Many Android users rely on apps like Chrome, Google Maps, and YouTube, which are all included in Google Mobile Services.