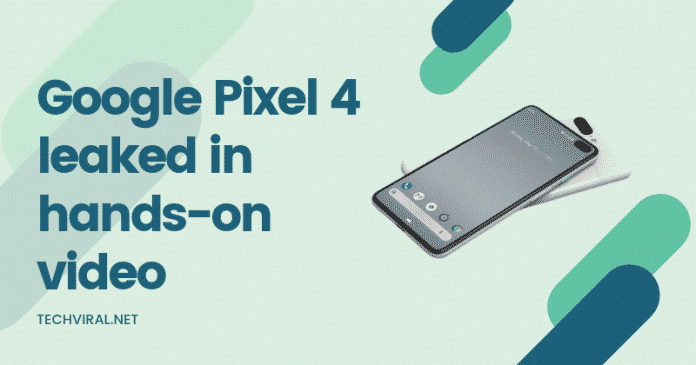 There has been a lot of new leaks circulating on the internet about the upcoming Google Pixel 4, and all of the rumors have started to make some sense. The video was first uploaded on Youtuber by A Vietnamese YouTuber, AnhEm TV as he managed to get a Pixel 4 prototype from DStore and has uploaded a review video on his channel.

The video shows pretty much all of the device’s aspects, and there is a lot more to expect from Google Pixel 4 series.

There is a new option in the display settings “Styles and wallpapers” above the dark mode option in the Android 10. With this feature, the user will be able to customize accent color, Fonts, icons shape, and much more in the upcoming Google Pixel 4.

Another new setting is the called “Screen attention,” which is kind of similar to Samsung’s smart stay feature to keep your phone awake while you are looking at its screen. The last one is the Ambient EQ setting which is basically for automatic white balance fix depending upon the light conditions. Here is the youtube video of Google Pixel 4 prototype.

The Vietnamese YouTuber also showed the apps installed on the prototype device, and we can spot the Recorder app also although he did not launch the application so that we do not get a full idea of the recorder app’s functionality.

However, there might be possibilities that Google will introduce screen recording with internal recording as well in its new Built-in Recorder app. However, it is not fully confirmed whether Google will release this feature or dump it in the final stage of the device. In the end, the Youtuber showed how smooth the Display of Pixel 4 is going to be. The device will have a 90Hz display that has been confirmed in a lot of previous leaks, and the display will support dynamic adjustment of the refresh rate.