At the last on the Google I/O conference, the Mountain View company unveiled its ambitions for the virtual reality with its Daydream platform. But, the tech giant Google has yet to go further than the simple games and videos in VR just with a browser compatible with virtual reality.

So, are you ready to browse the Internet in VR? Because Google is reportedly prepared. As the tech giant Google is working really hard on the version compatible with the virtual reality of its Chrome browser for Android, and it would work even on the websites that are not designed for this new technology.

Furthermore, the side of the developer version of Google Chrome, it’s a virtual reality overlay which was added to allow navigation from a virtual reality helmet, whether the user on Google cardboard helmet or on a Daydream compatible headset in future.

For now, the tracks laid by the Mountain View company are still too inaccessible for the common man who can borrow. First, sites must have a cut interface for virtual reality, which is far from the case. 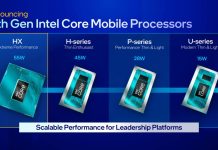