We all know very well that the tech giant has a very good habit of trying to meet the users needs for its own ecosystem. Hence, the tech giant Google just added an extraordinary new feature to its existing advertisement tool which is known as ‘Mute This Ad’ for all its users.

Google Rolls Out New Addition To ‘Mute This Ad’ Feature

Many times it might have happened with us that we simply look at a product in an online store and then we simply put the item in the cart or sometimes not, but then later we decide not to buy it, perhaps because we have found a better price elsewhere or simply because we have given up the idea.

However, after this event, many of us have already seen certain ads that remind us of that product and those ads will simply “chase” you for days or maybe weeks. Fortunately, the tech giant Google will now allow you to silence this type of ads (advertisements).

It is not something that will solve the problem once and for all. However, it is possible that you may continue to find annoying ads on the social network giant Facebook’s platform, for example. But on the pages and apps displaying ads from the tech giant Google’s network, those annoying ads will disappear or at least appear less. Soon, the tech giant Google’s Search, Gmail and YouTube will also have the same feature activated. 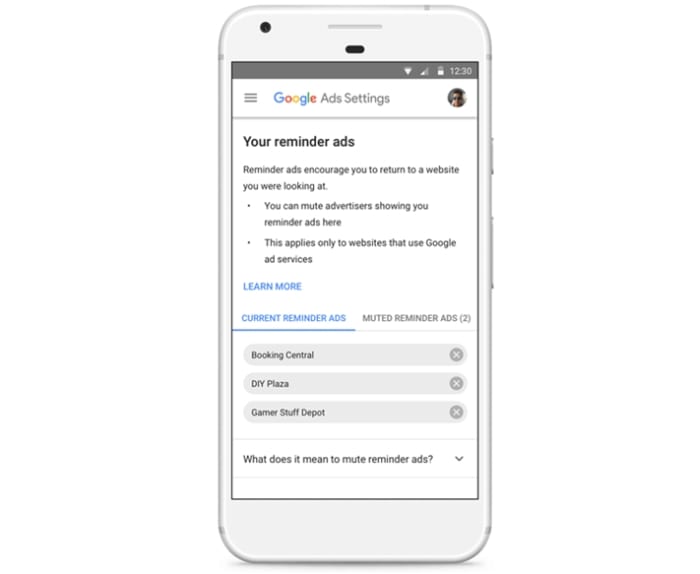 All you have to do is visit the Ad Settings page in your Google account and look for the “Your ads-reminder” option (this is what the tech giant Google calls this type of ad). Next, just click or touch the “X” next to an advertiser whose reminder announcements are bothering you.

The tech giant Google explains on its help page that the blocking period will be valid for only 90 days because reminder ads are rarely served for longer periods. The company points out that the feature only works with ads that are part of its network. In contrast, the setting is synchronized across all your devices. With this, the lock will work on your PC and your smartphone, for example.

The new configuration is in the implementation phase. If your ad-reminder does not yet appear for you, simply you have to wait for it.

So, what do you think about this extraordinary feature introduced by the tech giant Google? Simply share all your views and thoughts in the comment section below.