Apple announced its self-repair program for iPhones in 2021, but still, the program doesn’t have a name or launch date. This program will let iPhone users buy kits to repair their smartphones.

Earlier in March 2022, Samsung launched a similar program in a partnership with iFixit. Samsung also doesn’t have a name or a release date for its program. 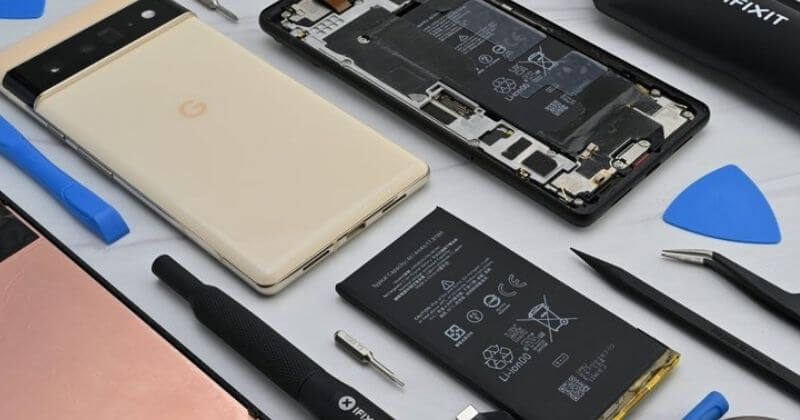 Google has done a collaboration with iFixit, just like Samsung. The search giant announced that it is the latest manufacturer to collaborate with DIY repair specialists iFixit.

For an average customer, it will be easier to get parts to repair their pixel smartphones on their own if it breaks. According to Google, parts will be available to purchase later this year. Users can purchase parts like batteries, displays, and cameras in the US, Canada, Australia, UK, and other European countries.

The parts can be purchased from ifixit.com for Pixel 2 through Pixel 6 Pro, as well as future Pixel models.

The blog post by Google says the spare parts for common Pixel phone repair will be available individually or in iFixit Fix Kits. The kits will have screwdriver bits and spudgers.

Also, there will be step-by-step Google Pixel phone repair guides. Currently, for every Pixel through Pixel 5, the guides are live, and for Pixel 5a, Pixel 6, and Pixel 6 Pro, they are writing guides.

Already Google has a repair program for Chromebook for which it has patterned with Acer and Lenovo.