We all know very well that the Pixel 2 devices are the latest flagship devices of the tech giant Google in a market that increasingly has different proposals and able to please users. However, recently, several users are complaining that they received their Pixel 2 XL smartphone without having Android installed.

Pixel 2 devices are the latest flagship devices of the tech giant Google in a market that increasingly has different proposals and able to please users. With 2 models of different dimensions, it has managed to captivate consumers.

But now there are some extraordinary and strange reports are arriving. Yes, several users are complaining that they received their Pixel 2 XL without having Android installed.

The latest complaint, which came up via Reddit, is that some Pixel 2 XL came into the hands of consumers without any operating system installed, rendered impossible to use and having to be returned.

My Pixel 2 XL Arrived With No OS from GooglePixel

The surprise of these users was great when they switched on their smartphones. Only one message is displayed that indicates that no operating system is installed.

The support did not serve those who had problems

This message also has a Google support link where users should access. The problem is that this link does not provide any support to users in this situation. 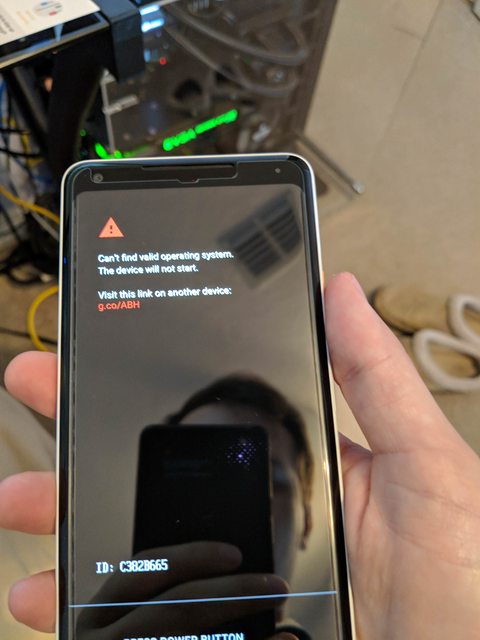 After the first situation was reported, several other users complained that they had a similar situation and that their smartphones had arrived without Android installed.

The possible cause for this problem

Among the various comments present, most point to new quality control issues from Google, which allowed these smartphones to leave the factory like this.

My Pixel 2 XL Arrived With No OS from GooglePixel

The tech giant Google has already made public that this problem was identified and resolved, also dealing with the Pixel 2 XL that reached customers with this problem.

There are already many issues affecting the Pixel 2 and Pixel 2 XL, showing that the tech giant Google has to work better with its vendors to increase the quality and evaluation standards of smartphones before they go out of production.