When Is GTA 6 Coming Out It started in 1997 with Grand Theft Auto which was in 2D for PS1, it was basic game, but it gained a lot if attraction, then till 1999 it launched three versions which showed the real success of GTA and from there onwards Rockstar has started has made its mind to continue its GTA series.

In 2001 there comes the GTA III and then in 2002 comes the GTA Vice city which becomes the milestone for developers. Vice city became so famous that even today GTA game is known for this version. In 2008 GTA IV and now in 2013 GTA V, when GTA launched it smashed all sales records globally. So in this post, I’m talking about Grand Theft Auto GTA 6 Release Date or GTA 6 PS4.

So here we are discussing Grand Theft Auto GTA 6 Release Date or GTA VI Release Date for PS3, PS4, Xbox 360, Xbox One, PC, When Is GTA 6 Coming Out.

Firstly, in October 2013 in a press conference, Leslie Benzies told us that “We’ve got about 45 years worth of ideas we want to do”. Then later on he also mentioned GTA 6 by adding “We don’t know what “GTA VI” will be, but we’ve got some ideas.” GTA 6 Release Date PS4 & PS5, When Is GTA 6 Coming Out.

As this conversation indicates that Rockstar does not want people to know about GTA 6 as GTA 5 is at its peak in the current scenario and time difference also matters as there was 5 years difference between GTA 4 & GTA 5.

Secondly, in an interview with a website(Ballerstatus) Brooklyn-born DJ Whoo Kid, 41, talked about his music in video games, saying “I was in ‘Call of Duty’ and I was in some ‘Grand Theft Auto’ games. I’m bout to be in the new ‘Grand Theft Auto’ that takes place in New York again.”

The recent rumor about GTA 6 release date for PS4 talks about GTA 6 to release only for PS4 in 2017. It also says the game won’t release for Microsoft Xbox console, which leaves us in a little doubtful position. We don’t believe this rumor and don’t want you to believe as well since Rockstar has yet not officially announced it. Moreover, the rumor doesn’t give any proof which makes us believe in it. Stay tuned with us for more updates on this.

The Overwhelming success of GTA V is accumulating the GTA fans to expect the game release for a next-generation console with improved graphics and gameplay elements.

Though there is no official announcement of the release date, but Rockstar has given a hint for GTA 6 that “We’ve got about 45 years worth of ideas we want to do,” Leslie Benzies, president of Rockstar North, said in a press conference. A lot of people are predicting the GTA 6 release date by following the previous leads, but the fact is still GTA 6 date is not announced. But considering the Rockstar strategy, it is expected to release sometime around 2017.

Above we discuss Grand Theft Auto GTA 6 Release Date or GTA VI Release Date. So to all die-hard GTA fans, we would also like to hear your suggestions on GTA 6. Kindly leave your valuable comments in the below comment box, and stay connected for more updates on GTA 6. 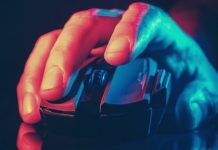 What Is “Enhance Pointer Precision” in Windows – On or Off? 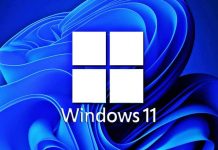