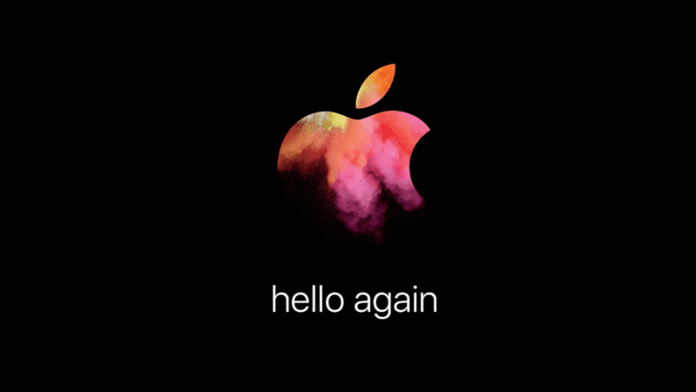 As we all know very well that in recent days we have been talking a lot about the renewal of the range of Apple Mac computers. Hence, yesterday it was finally aimed at day 27 as a possible date for holding an event where the Cupertino firm was to raise awareness of the new Mac computer models.

In recent days we have been talking a lot about the renewal of the range of Apple Mac computers. Even yesterday was aimed at day 27 as a possible date for holding an event where the Cupertino firm was to raise awareness of the new Mac models. Finally, Californians just confirmed this event under the slogan “Hello Again”. New MacBook, iMac, Mac Mini and much more news from the world of Apple just around the corner.

Apple just sent the invitation to press which confirms a new event focused on its range of Mac computers. This event will be held on Thursday, October 27 at 10 am local time, corresponding to 7:30 PM in India. Cupertino Campus will be the venue chosen for the signing of California to celebrate this event.

Undoubtedly, an event eagerly awaited by fans of the bitten Apple computers. Several of the models on the market Apple has spent several years without renewing. The latest iMac was launched in October 2015, the MacBook Pro Retina in May 2015, the Mac Mini in October 2014 or the Mac Pro in December 2013. That is, the most representative models which are at least one year old and it is somewhat complicated in the changing the world of computing.

The MacBook Pro is completely updated with new processors, a slimmer design, keyboard with the same mechanism as the 12-inch MacBook and Type-C USB connection. Neither the appearance of a panel is discarded OLED in the area of the function keys.

We would also see a new 5K Retina Display screen in the range. Regarding the Mac Mini, everything points to a mere renewal of technical specifications, although you can not rule anything out right now. The same could happen with the Mac Pro as well, which would receive new processors, graphics, and more customization options.

However, no matter what the tech giant Apple reveals, stay with TechViral to keep up to date on all the news as it happens.