When we take into account the fact that global cybersecurity spending is expected to exceed up to a staggering 1 trillion dollars by 2021, it becomes quite evident that organizations are much more willing to spend money combating cybercrime. Although a large number of enterprises are jumping on the “increased cybersecurity expenditure” bandwagon- there is still a significant number of organizations that either can’t afford to allow a portion of their budget to security or simply don’t care enough about cybersecurity to invest in it.

With that being said, however, as security regulations tighten globally, and regulations such as the GDPR (General Data Protection Regulation) and the California Consumer Privacy Act (CCPA) are implemented, many companies have now found a new way of looking at privacy investments. Instead of coming to terms with the significance of hefty security and private investment, organizations have now started to view privacy investments as a means to avoid being penalized.

Although on the surface, it may appear as though there is nothing wrong with investing in privacy to deflect stiff penalties, companies start treating privacy investments like insurance, rather than a way to actually boost sales. Despite the recently implemented regulations, such as the GDPR and CCPA ensuring that companies devote a chunk of their budget to cybersecurity expenditure, the process of financing security measures can become a lot more lucrative, if companies realize that a robust cybersecurity infrastructure can significantly contribute to increased sales as well.

Up till this point, everything that we’ve mentioned, particularly the belief that security investments are a run-off-the-mill procedure, is widely accepted within the current IT landscape. A recent survey conducted by Cisco challenges all of these beliefs, and paints a highly positive picture of investing in cybersecurity and privacy, and suggests that every single dollar invested in privacy is capable of generating multiple returns in areas such as product sales, etc.

In an attempt to change the widely-held belief that investing in privacy and security is just catering to regulations, we’ve compiled an article that delves deep into Cisco’s surveys and the insights that it generates.

Contents show
What Were the Revelations Brought Forth in the Survey Conducted By Cisco?
What Do the Insights Generated By the Cisco Survey Imply?

What Were the Revelations Brought Forth in the Survey Conducted By Cisco?

For the 2020 edition of their Data Privacy Benchmark study, Cisco conducted a double-blind survey of a whopping 2800 security pros across thirteen countries. The aim of the study was to figure out the privacy certifications being exercised in today’s IT market, and subsequently, the value that those certifications carry.

Furthermore, Cisco’s survey also set out to calculate the ROI for privacy- a feat accomplished for the first time- and drew on the data from 2800 organizations, to generate the following insights:

What Do the Insights Generated By the Cisco Survey Imply?

Perhaps the biggest takeaway from the insights that we’ve mentioned above is that instead of treating privacy investments as this burden that you’re forced to deal with- organizations should look at ways through which they can implement privacy beyond compliance requirements.

Some of the more significant implications of the survey, that organizations need to take into account, include the following:

At the end of this article, we can only hope that we’ve made clear to our readers the importance of privacy beyond compliance requirements. Having said that, we believe that altering the ways through which we view privacy investments can do much for cybersecurity in general. 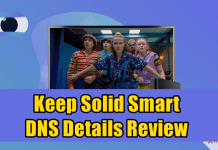 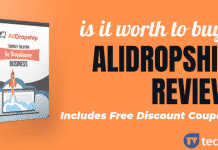