Huawei Mate 20 will be part of the next major launch of the Chinese brand in the smartphone segment, in an event that is expected to take place later this summer.

Already started to speculate a bit about this top of the range that will certainly debut the new processor of the brand, but now something more revealing: a real image that shows what could be the front of this smartphone, with a screen which seems to have no lateral margins or bezels.

The SlashLeaks website shared a revealing image of what could be the Huawei Mate 20. In this low-quality photograph, the Huawei brand is visible below the screen and on the top, you can see a curved finish of the screen and the lack of its frame on the side. 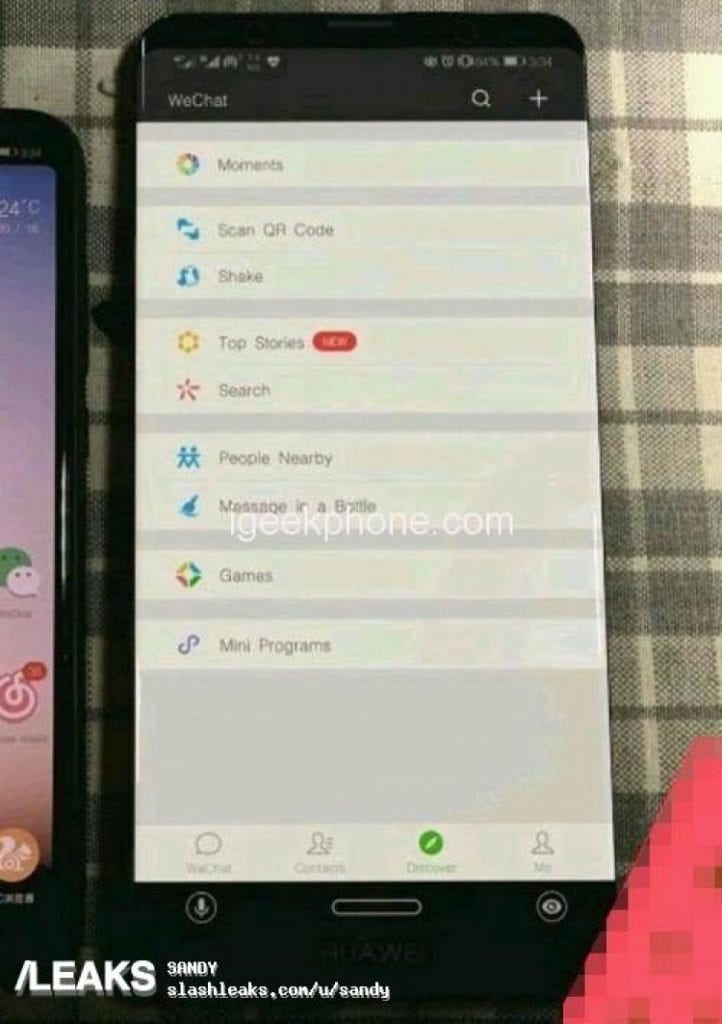 It is known that the well-known Chinese smartphone manufacturer Huawei recently registered a patent for a borderless smartphone design, based on a four-wire structure that surrounds the screen, which in no way resembles this now-publicized image, but which may appear as a precedent for what will be the future.

As it can be seen, this patent describes that this design is capable of guaranteeing essential characteristics such as resistance to water and dust. 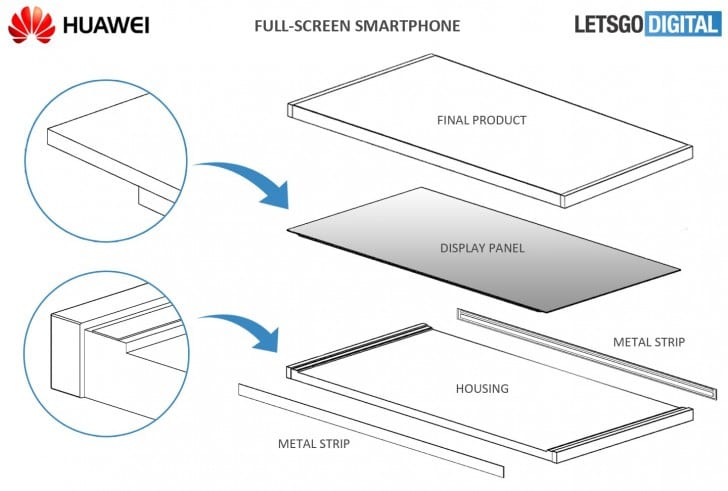 Moreover, if we talk about the device, of course, Mate 20 then let me clarify that it is still early to talk about its features, but there are some that are almost obvious, starting with the processor, which should be the Kirin 980, which already appears in several benchmark tests with absolutely extraordinary results, compared to what the market is currently available.

Of course, this processor will come with integrated artificial intelligence even more present than in the current models. At the rear, it is possible (pro version) to come with a triple camera and offer 3D facial recognition just like the iPhone X.

The size of the screen, which should be OLED and manufactured by Samsung, should have 6.9-inch (at least Pro version), which with the structure well used, should not in any way damage the overall dimensions of the equipment itself. From what can be seen in the image of SlashLeaks also should not appear with clipping, which will make fans of the brand much more satisfied.