We all know very well that with the flagship smartphone, iPhone X, the tech giant Apple brought to the market some innovations. The most talked about, and possibly most important, is the Face ID and Animoji. The technology it encompasses is unique. However, now Huawei teases advanced facial recognition tech and Animoji for Huawei P11.

Contents show
Huwaei P11 To Feature New Camera Technology To Compete With iPhone X’s Face ID
Will the Huawei P11 have its own Animojis?

The tech giant Apple’s iPhone X has been one of the last high-end devices that have been presented in this year 2017, and of course, also one of the best smartphones we have seen in the history of telephony, both for its multimedia sections and for its power and design.

However, as we earlier reported that the well-known Chinese smartphone manufacturer Huawei’s upcoming flagship smartphone, Huawei P11 could copy the famous notch of the tech giant Apple’s flagship smartphone iPhone X, the latest rumours would point to the Huawei smartphone that could have a pretty good facial recognition technology, in addition to their own Animojis. 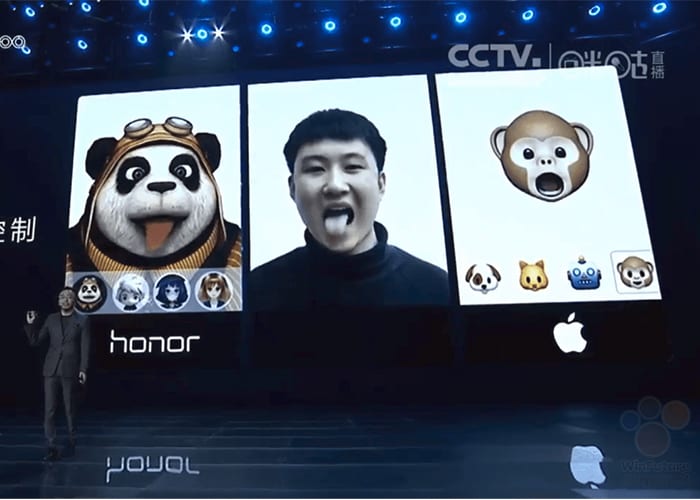 Will the Huawei P11 have its own Animojis?

As silly as it sounds, the Animojis are one of the most interesting novelties of the tech giant Apple’s iPhone X, and that is, something as simple as being able to send emojis that mimic the movement of our face while we say something, is the real ocean of fun.

With the arrival of the Honor V10, the well-known Chinese smartphone manufacturer Huawei introduced to the world its own Animojis, which, almost certainly we will see in the Huawei P11 due to the relationship that both companies have. Honor promised that these Animojis would be even better than those of the tech giant Apple’s iPhone X, something that the Huawei P11 will be happy to demonstrate.

Regarding facial recognition, Honor or what is the same, Huawei presented during the launch of the Honor 7X and Honor V10 a technology called “Camera Depth Point Cloud”, whose objective was to provide a biometric facial recognition suitable for unlocking of the device, and also for animation purposes, in this case, of course, I am hinting about Animojis.

This technology detects shapes depending on how the light hits a surface, in addition to using an infrared sensor. And precisely the Huawei P11 and P11 Plus, of which we have already seen some filtered image, would be the first devices to integrate this technology in its front camera.