Instagram has removed its standalone apps Hyperlapse and Boomerang. A week before, the company has shut down the IGTV app to better focus on initiatives like reels.

Hyperlapse app was first launched in 2014 and Boomerang in 2015. According to the latest reports provided by Apptopia, both apps are removed from app stores. The last day both the apps were seen was on 1 March.

However, in the official blog post, Instagram did not mention that it was going to shut standalone Boomerang and Hyperlapse apps on the same day it closed the IGTV app. 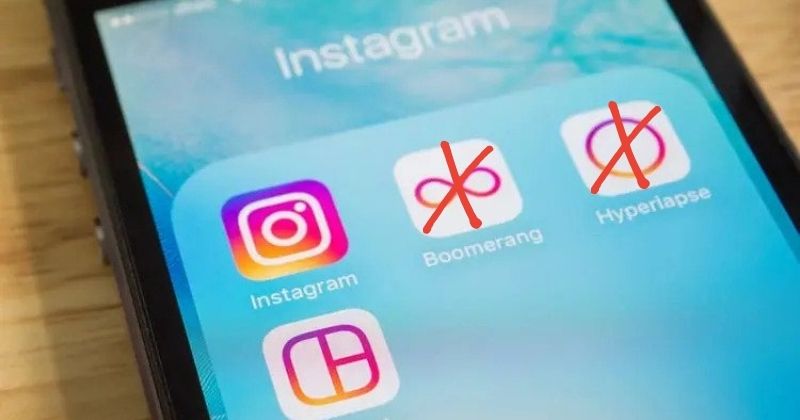 Among both the apps from Instagram, Boomerang was the most popular one as it had 301 million lifetime global downloads. An average download per day was around 26,000 downloads.

On the other hand, Hyperlapse was only available for iOS and had only 23 million lifetime global downloads.

There was no formal announcement by the company about removing the apps. But few people posted a tweet about the apps, including Matt Navarra and other users.

Instagram has removed its standalone Boomerang and Hyperlapse apps https://t.co/ovoSOLuPKr

“We’ve removed support for the standalone Boomerang and Hyperlapse apps to better focus our efforts on the main app. We’ll continue working on new ways for people to be creative and have fun on Instagram.”

Now, it’s not surprising that Instagram has shut down its standalone apps like IGTV, Hyperlapse, and Threads. The photo-sharing app has integrated many of the features offered by these apps into its primary app.

Boomerang and Hyperlapse standalone apps were released when the smartphones had limited performance. At that time, Hyperlapse offered a better time-lapse recording experience.

However, these apps are now integrated into the main Instagram app, so it doesn’t make any sense. For example, a couple of years ago, Instagram rolled out Boomerang effects like SloMo, Echo, and Duo.