Exclusive Stories will be seen differently in your feed with a purple tag, just like we see Close Friends posts with a green tag. This content will be seen only by the fans; if you try to watch the story without being a fan, you will see a pop-up saying only fans can watch. 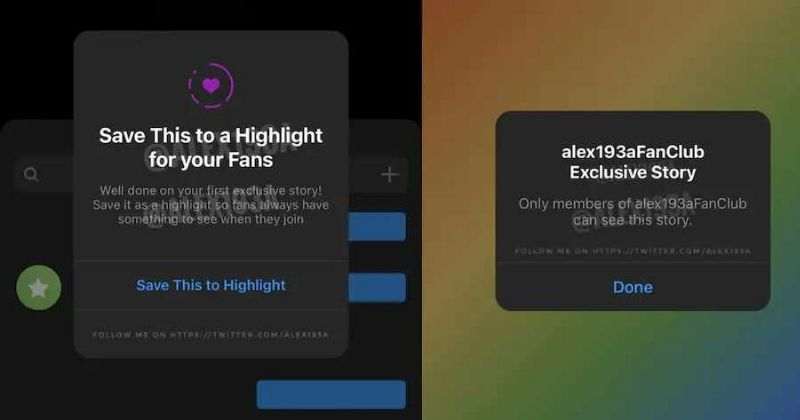 A Software developer Alessandro Paluzzi has shared a screenshot of this new feature on Twitter. When the creator puts a story, it will be blocked for unpaid followers and will be exclusively available for fan club members.  In the screenshots, it shows these stories will show a purple icon.

#Instagram continues to work on the exclusive stories for Fan clubs 👀

ℹ️ The Exclusive Stories icon will be purple. pic.twitter.com/4Qzzdodeqf

However, Instagram has confirmed that the feature is still under development and is not tested publicly. The company says this is the early look of the upcoming feature, and they can’t share more information rather than just confirming that the screenshots are from the internal prototype.

Creators can also save their Exclusive Story as a Highlight, so if someone joins in later, they can look at their stories from the beginning.

Apart from this, Instagram is also working on another feature of sharing links on stories. This new option will allow everyone to share links on their Instagram stories.

The company is testing this feature for iOS, and soon it will be rolled out. Currently, if you want to share links in the stories, you need to have 10,000 followers then you will be able to add links in the swipe-up option, but soon there will be a linking sticker available for everyone.