On Monday, Intel accidentally leaked its 13th gen raptor lake processor’s specification on its official website just a day after its announcement.

In the past months, we have already gotten many leaks about the upcoming 13th-generation processors from Intel which now looks pretty accurate so let’s delve into the details. 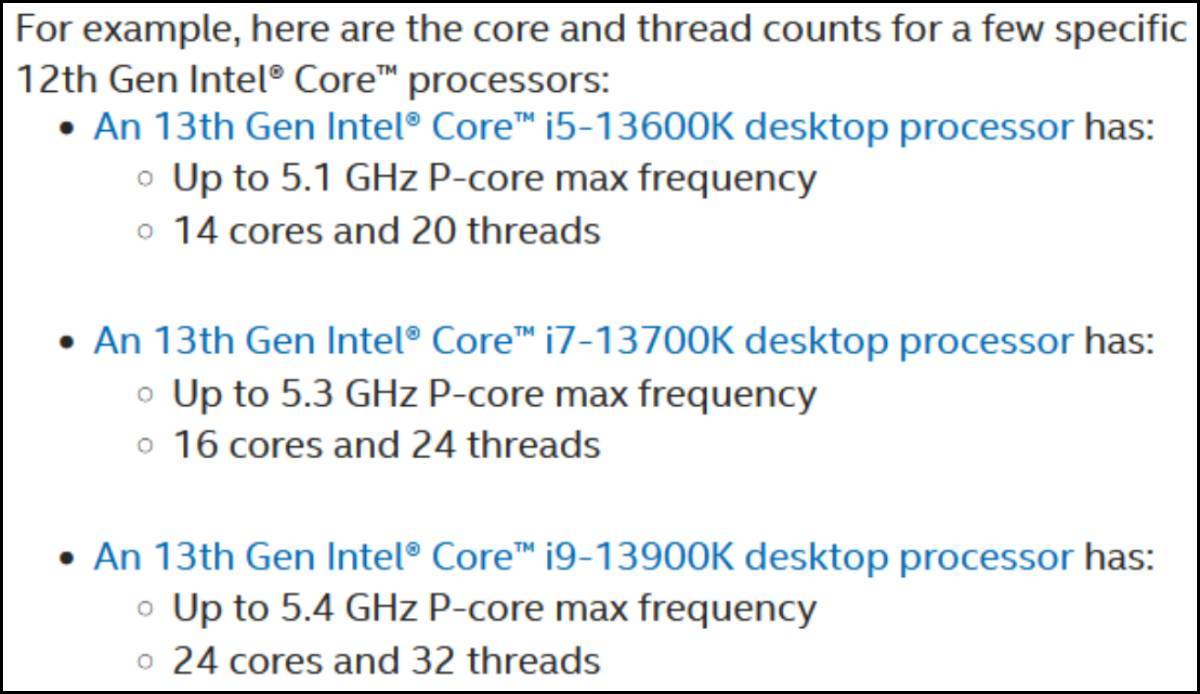 These details were leaked on Intel’s Canadian website, whose cached version is also captured, which still expresses what the company has written on that webpage.

Besides, many Twitter users also quickly spotted all these details and shared them before the company deleted them.

Let’s begin with the top CPU of the 13th Gen CPU series, which is the i9 13900K. As mentioned, it will have 24 cores and 32 threads, and these performance cores will run at a maximum frequency of 5.4GHz.

And the last one on the list is the i5 13600K, which comes with 14 cores and 20 threads, and its performance cores have a maximum frequency of 5.1GHz.

While the company has yet to announce its 13th Gen Raptor Lake processors, it has mentioned in many events, such as Intel’s statement at Technology Tour 2022, that the 13th gen would get 41% improvement.

Also, the 13th Gen’s Core i9 and Core i7 processors will be allowed to use performance cores to boost up to 5.8GHz using Intel’s Thermal Velocity Boost.

After a long wait, we can say that the company is ready to launch 13th-generation CPUs. And its launch will take place via an Intel Innovation 2022 event on 27th September.