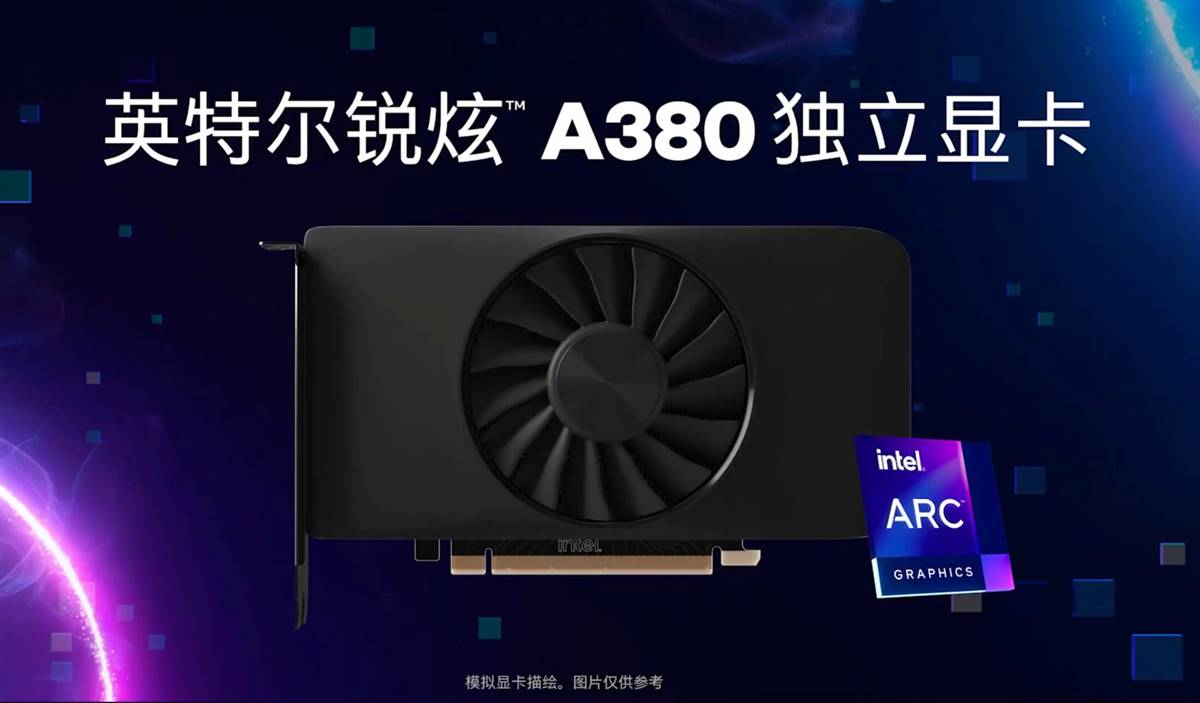 The graphic card market has grown up fast in the past few years. Nvidia and AMD launched many improved GPUs, but Intel joined the party.

Intel’s new graphics card is based on X-HGP. The Intel Arc 380 is the first graphic card of its Arc A-series 3 visual desktop brand.

Also, It has 192GB higher memory bandwidth and gets a 96-bit memory bus. Similarly, it possesses an aluminum block as a heatsink sitting over the ACM-G11 GPU configuration.

Furthermore, based on the frequency feature, Intel Arc would be faster than its reference A380. It has a base clock of 2000 MHz and 75W TBP by default. Also, it possesses a maximum clock range of 2450 MHz.

As Gunnir reports, The GPU from Intel’s Arc series would have three fans, but there is no confirmation whether it is A770 or A780.

Even though A380 is the entry-level GPU, it still supports mainstream gamers and content creators.

Reportedly, Intel offers a set of gaming benchmarks that provide 1080p gaming at 60 FPS and above popular titles such as League of Legends, PUBG, and many others.

The Intel Arc 380 will only be available from partners ASUS, MSI, GUNNIR, Gigabyte, HP, and Acer this month in China.

Intel Arc 380 GPU has officially launched in China and will be available later this month. It has a price tag of 1030 yuan ($153) in China. Currently, there is no update for other countries.