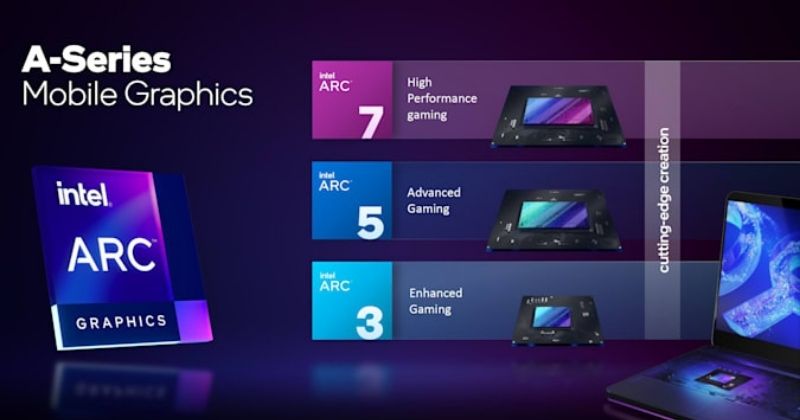 Intel has finally announced its first Arc A-series GPUs for laptops. After months of previews and teasers, the company’s discrete GPU revolution has been launched.

These Arc 3 series GPUs are the least powerful as compared to other lineups, which might come later this year.

These discrete graphics processors are based on the new Xe HPG architecture. It is the first batch of GPU for laptops, for desktops, and workstations the company will launch later this year.

Later this year, the company will bring A550M, A730M, and A770M with more cores, memory, and high power envelop. However, the design and architecture will be the same.

Intel is marketing Arc 3 series as it is targeting 1080p 60fps gaming. According to the company, the Arc A370M with Core i7-12700H reaches over 60fps in a few AAA titles at medium settings and on 90fps in esports titles.

Intel is starting off the Arc series with Samsung Galaxy Book2 Peo. It is the first laptop to have Arc 3 GPUs option.