We all know very well that Intel is the most powerful company to manufacture processors. As it has money, has segments where it leads, as in the desktop segment and laptops, and has a global tentacularity regarding the use of its technologies. Now, according to the reports, Intel to launch its first powerful ARM based smartphone chips soon.

Intel To Launch Its First Powerful ARM Based Smartphone Chips

The giant chip maker Intel is the most powerful company to manufacture processors. It has money, has segments where it leads, as in the desktop segment and laptops, and has a global tentacularity regarding the use of its technologies. There is, however, one segment where they are having trouble logging in: mobile devices. After having passed with little success by the Windows Phone/Mobile devices and some Android, the company canceled the Atom Mobile SoCs.

Now with potential customers of another strength, we will be able to see Intel’s first ARM chips by the end of the year, according to the American giant at the recent ARM Tech Con 2017 conference.

Intel is somewhat confused with the modern history of computing. Founded in 1968 by Gordon Moore (from Moore’s famous Law) and Robert Noycea, the company is today number one in the manufacture of microprocessors and fights side by side with Samsung for leadership in semiconductor manufacturing. The American giant has the most advanced facilities in the world for design and manufacture, has a group of engineers with the best curriculum and current experience and its R&D department is up to the best.

All this power is imperative in today’s marketplace to be able to design, produce and market processors by themselves, something few companies are able to do. Its customer base and its assets are today a guarantee for any partner company, both in terms of the power to innovate and even in the power to place in the market units of sufficient quantity to supply the planetary demand.

Difficulties in the mobile world

For several reasons that history can explain, but above all by the rapid paradigm shift in computing – that went from the desktop/laptop computer to the pocket computer, with the smartphone as the ultimate representative of this concept that grew at the speed of light – Intel had to surrender. It did not follow up and missed the opportunity to lead this segment especially when it tried, in vain, to establish its x86 architecture.

After heavy investments, where it tried, but unsuccessfully to attract companies like the tech giant Apple and others based on Android, it still had the mishap of the failure in Windows Phone/Mobile, which led the company to cancel the Atom Mobile SoCs of the Broxton and SoFIA series, leaving virtually the smartphone and tablet market.

Who is “behind” this Intel failure has a name: ARM Holdings, a British technology company founded in 1990, a company known for developing microprocessors. It also designs, licenses and sells software development tools under the RealView and Keil brands, as well as systems and platforms, the famous system-on-a-chip (SoC) and software.

In fact, this is a small business in terms of turnover and profits that do not sell, distribute or manufacture any product in the semiconductor industry but that pushed the giant Intel in the mobility segment. Its biggest asset is the licensing model, an excellent power/consumption/price ratio that underlies the success that this company represents in today’s world.

Intel has long had ARM licenses and now plans to take advantage of them. In the information it brought to market, the most interesting development is a SoC manufactured in the 10-nanometer process using the next generation ARM Cortex-A, with frequencies of 3.5 GHz and with a consumption contained in 0.25 mW/MHz. 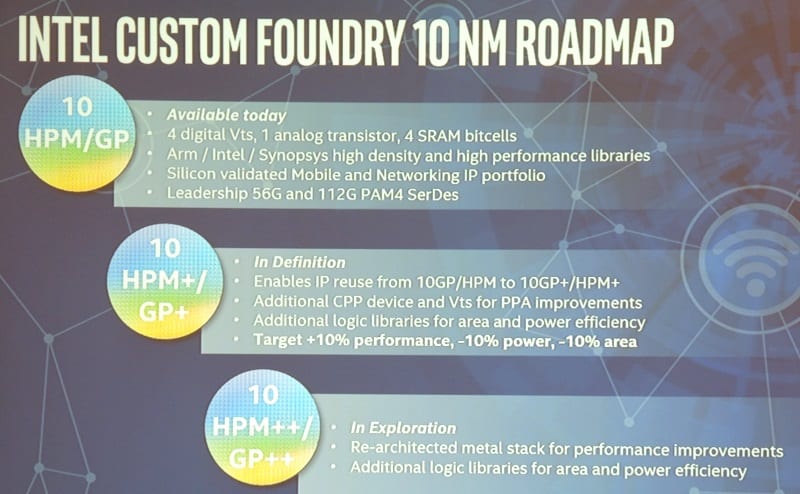 Although they are “rival” companies, Intel holds a license it can use to manufacture technology with broad benefits for both brands. Intel will take advantage of all of its manufacturing capacity and advanced manufacturing facilities to compete with Qualcomm, Samsung and other vendors such as TSMC.

The information disclosed, however, does not allow us to know what the reach of these chips will be if they will be developed at the request of customers (like Apple for example) or if the company intends to have a marketing policy as it has in its range, but not mobile.

Whatever the method of marketing, it will be very interesting to verify that the company will resume supplying SoCs for smartphones and tablets. Intel has a strategy to move from a company that relies primarily on PC chip revenue for other higher growth and profitability goals. There are certainly sensors, chips for wearables, the huge IoT market, and other segments in which we have seen recent developments such as artificial intelligence with Nervana, storage and memories with Optane and chips needed for upcoming 5G networks.