Recently, the giant chip manufacturer Intel just launched six new processors which are especially intended for both the desktop market and the notebook market. These new processors will be the first to use the new Gemini Lake architecture. Replacing current Intel Atom.

The technological giant Intel has just presented its two new series of processors: the new Intel Pentium Silver and the new Celeron. Both the varieties are intended for both the desktop market and the notebook market. These new processors will be the first to use the new Gemini Lake architecture. Replacing current Intel Atom.

As always, the low range of the processors of giant chip manufacturer has been formed by the processors Atom, by Celeron and Pentium. But now, Intel has had the great idea of grouping the normal Pentium with the Atom. And create two categories: for “high performance” we will have the Pentium Gold category. While for “low performance” we will have the new Pentium Silver category.

In the Pentium Gold category among all the current Pentium processors use core architecture. Therefore, they will be the Pentium that yields the most from the Intel catalogue.

By cons in the Pentium Silver category will be grouped the new Atom processors (although they will not have that name). They will be, together with the Celeron, the processors that give less of all the catalogue of processors of Intel. Although they will also be the least consumed, perfect candidates to be employed in ultraportable or tablets.

The new Pentium Silver and Celeron processors that have been introduced today. They all have in common that they use the Gemini Lake architecture, which Intel recently introduced. This architecture is based mainly on the idea of having computers constantly connected to the Internet. For which Intel has provided for the first time in a platform for personal computers with Wi-Fi gigabit, 802.11AC, which uses 160 MHz channels. 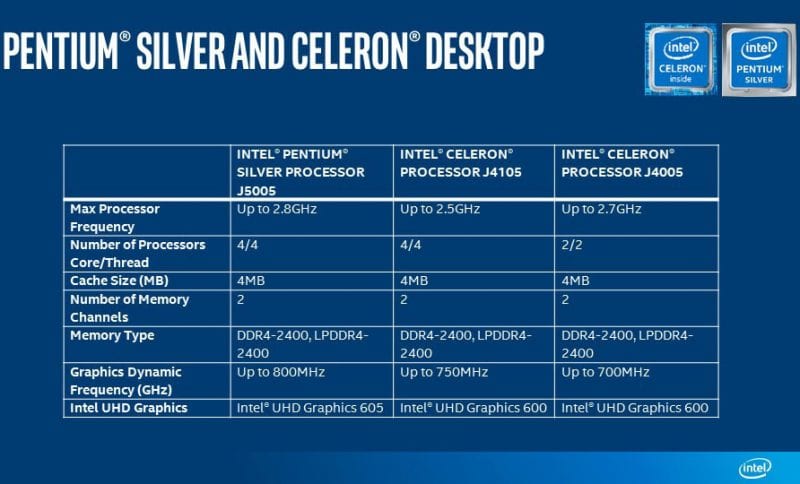 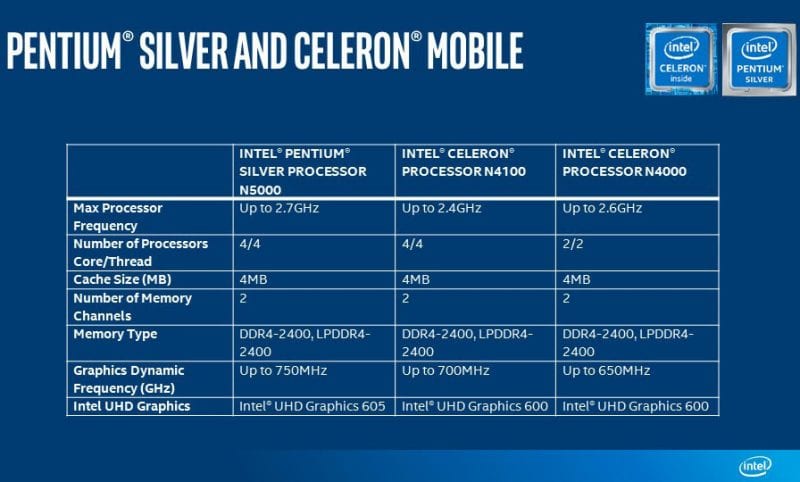 These processors, as it is usual in these ranges of Intel, lack socket. As they do have the most advanced versions of their processors. But they go soldiers directly to the motherboard.

So, what do you think about these new processors? Simply share all your views and thoughts in the comment section below.