Intel revealed the “world’s fastest mobile/laptop processor” with 31 other variants at CES 2023 event, which was held in Las Vegas. The 13th-Gen desktop processors from Intel are already dominating the industry with their enhanced performance.

And now, they are bringing the 13th-Gen mobile/laptop processors in four different series, and undoubtedly, one of the processors from this announcement retains 24 cores, and this is the first mobile processor with 24 cores. 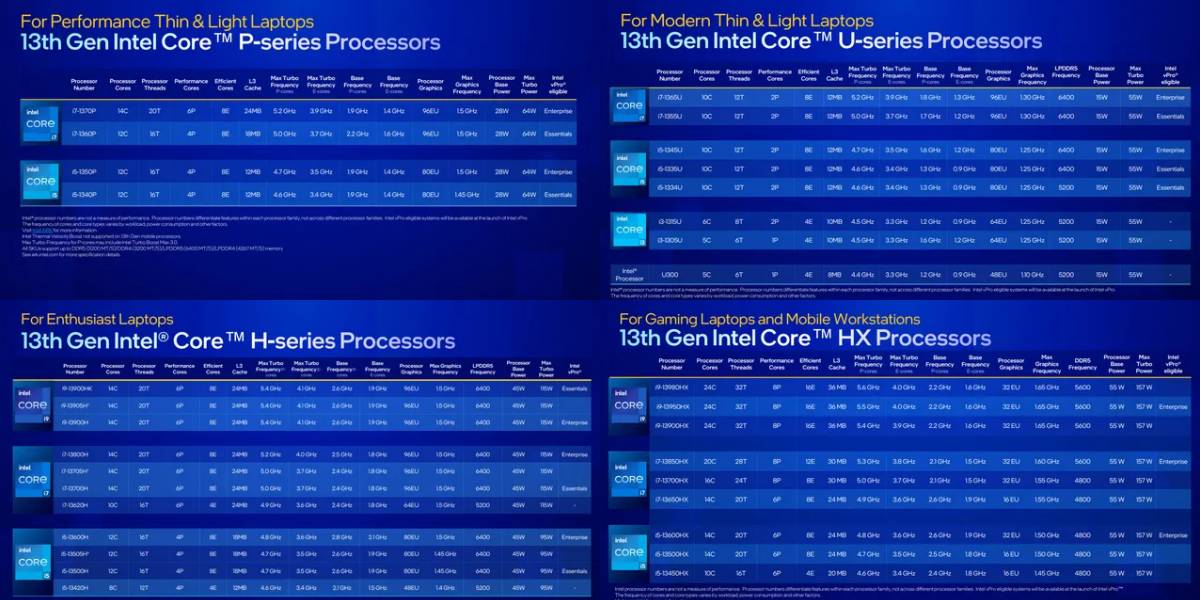 This 13th-Gen mobile processor lineup is divided into four series, which are HX Processors, H-series, P-series, and U-series. Firstly let’s talk about the most potent flagship, the Intel Core i9-13980HX.

As Intel claims, Intel Core i9-13980HX is the world’s fastest mobile processor as it contains 24 cores and 32 threads, which is the first time for a mobile/laptop processor.

You can see in the above image all other processor’s specs which are regularly performed with their lower by lower-tier specs and power consumption, according to your work preference.

All these processors will soon jump into the market by getting into laptops such as Intel Core i9-13980HX will come high-end gaming laptops.

Separately, over 250 OEM brands, such as Razer, MSI, ASUS ROG, and more, are covering laptop designs with the complete 13th Gen range.