We all know very well that the tech giant Apple is just days away from the market launch of the iPhone X and it should arrive already with iOS 11.1. However, now according to the latest reports, the latest version of iOS 11.2 beta 5 is available for download right now.

The tech giant Apple has just released the fifth beta version of iOS 11.2, as well as also made available macOS High Sierra 10.13.2 and tvOS 11.2. These versions are available to registered developers on the Apple Developer website.

These beta versions in stage 5 development appear two weeks after beta 4 and are already available for installation on the supported devices. But what’s new?

Apple continues to develop the new versions, it is a work that never ends because operating systems behave as living beings that grow, adapt to the day to day and evolve according to the needs of the ecosystem. The versions are labelled as builds 15C5111a for iOS 11.2 beta 5, 17C83a for macOS 10.13.2 beta 5 and 15K5105a for tvOS 11.2 beta 5.

In response to the issue of introduction, in fact, and from what we have been analyzing, there is no new functionality other than security fixes that in many ways increase the productivity of equipment that already has these versions.

All this makes believe that it will soon be a final version of iOS 11.2, macOS High Sierra 10.13.2 and tvOS 11.2. These versions are available for devices such as iPhone, iPad, iPod, Mac and Apple TV that support the advancement of iOS versions, as several devices have already been in the iOS 10 version. WatchOS 4.2 has not yet received any beta updates, so it is still in beta 4.

Users who have entered as public beta testers will also be able to install the new iOS 11.2, MacOS High Sierra 10.13.2 and tvOS 11.2 beta as Apple today released the equivalent of these new versions now available to developers.

The final releases of the iOS 11.2, macOS 10.13.2 High Sierra, tvOS 11.2 and watchOS 4.2 operating systems are about to be introduced and will bring new features that have gradually appeared in these releases. According to some information, the final versions of these beta versions should be released to the world as early as next December. 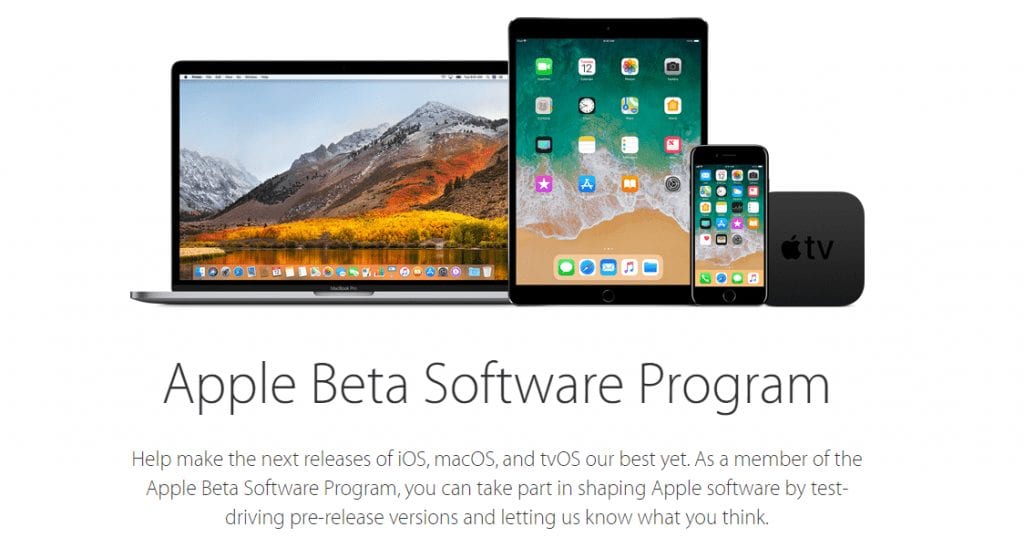 Everyone who wants to enter this testing program just needs to follow the same steps that are available on the Apple Beta Software Program page.

You must first access the Apple Beta Software Program website and then register your device. Then you must access the specific zone of the operating system that you want.