Apple has released the fourth beta of iOS 15 to the developers and is expected to roll out for the public in the upcoming March event. The iOS 15.4 beta version was rolled out last week.

The tech giant’s rumored March event will bring Macs, a new iPhone SE, and an updated iPad Air. Along with this, it is expected to bring iOS 15.4 to the public.

According to the reports by Bloomberg’s Mark Gurman, Apple is planning to hold its first media event on March 8. He also said at least one new Mac is expected to be announced on that day. 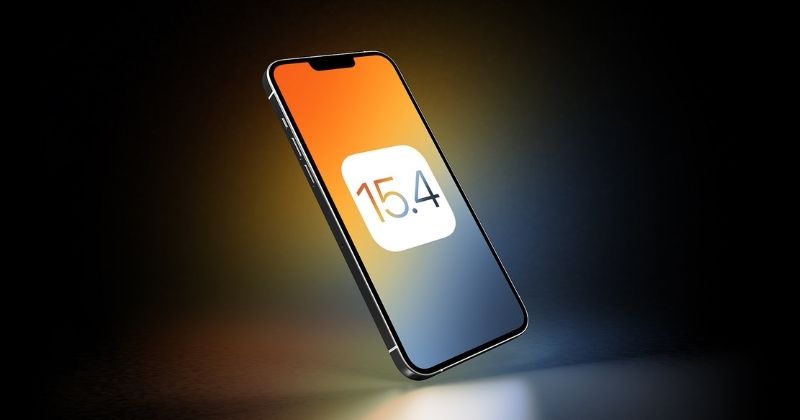 iOS 15.4 beta update brought an updated Find My app that offers stalking alerts to AirTags. Also, it has added a Face ID with Mask feature and improved 120Hz support on iPhone 13 Pro.

The iOS 15.4 will bring a lot of new features like Universal Control, New Emojis, changes in AirTags, and more.

Let us check out what feature will be coming to iPhone.

Universal Control was supposed to release last year but was delayed till spring 2022. This feature allows you to drag and drop files between iPad and Mac. Also, it shares the keyboard and mouse wirelessly.

iOS 15.4 will let you unlock your phone with Apple Watch if the Face ID doesn’t work. Also, if you don’t have a watch, then don’t worry; even wearing a mask in public, this feature will unlock your device.

In the Settings, go to Face ID & passcode settings; there, you will see a new toggle of Face ID with Mask. Once you turn on this feature, you can unlock your phone with your Apple watch or while wearing a mask.

There are a few changes brought to AirTag, from which the first will arrive with iOS 15.4. According to Apple, AirTag is designed to detect the victims and to enable law enforcement to request identifying information about the owner.

iOS 15.4 beta brings a new Siri Voice 5. This new voice was recorded by a member of the LBGTQ+ community.

Apple has not yet announced the release date of the new OS. It is expected to launch at the March event.

To use the beta version, you need to sign up for Beta Software Program by Apple. Once you are a member of the program, download the configuration profile.

After that, open Settings on your phone >> General  >> Software update and select Download and Install.