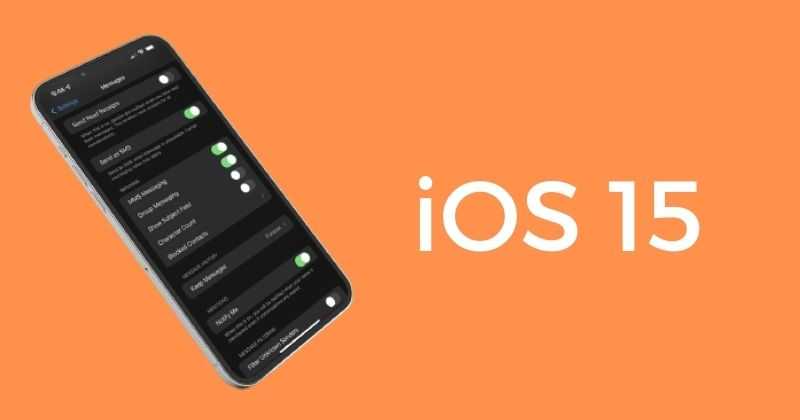 From the time iOS 15 is released, most of the users are complaining. Most of the users have complaint about the battery life; many features were delayed because the system was not stable to introduce them.

A new bug in iOS 15 has been discovered where read receipts on iMessage is turned On even when turned off.

When the user turns off the read receipts, your contacts will not know whether you have read their messages or not. Several iPhone users have reported about the issue that their device is turning on the read receipts even if turned off.

Contents show
iPhone is Turning On the Read Receipts Due To a Bug in iOS 15
How to Check Read Receipts on Apple Devices is Turned On or Off?

Apple users can disable and enable the read receipts on iOS, iPadOS, and macOS. This bug allows the recipients to see when you’ve read the messages.

According to the reports, iOS and iPadOS users have reported the issue as their contacts can see the messages even when the feature is off.

Apple allows users to turn off the feature on iOS devices. Even if you log in to different devices using the same iCloud IS, the feature will be turned off and on as per the settings you have done on the first device.

It is said that the issue is seen on the devices running iOS 15. Also, the iPhones running on iOS 15 and above have also reported the same issue. The cause of this issue is not yet known. Also, no permanent solution is offered to users.

However, you can try to restart your device if your contacts can see the read receipts even after you turned off the feature. This will not solve your problem permanently.

It is not known how many people are affected by this issue. We hope Apple will fix this in the coming updates.

How to Check Read Receipts on Apple Devices is Turned On or Off?

If you want to check your own settings, then follow the steps:

It’s the same for all iPhone, iPad, and Mac Users:

Open your device and go to Settings >> Messages >> scroll down to Send Read Receipts (You can turn it on or off as per your preferences).