The iOS 16 lookalike launcher for Android users has now been downloaded more than 50 million times from the Play Store, and the surprising part is iOS 16 is yet to release for iPhones.

Many Android users really like the iOS interface, but they also have some reasons to use Android, so in that case, they install the launcher of iOS and a popular launcher fulfilling this demand.

Android Launcher With iOS 16 Theme Is Now So Popular 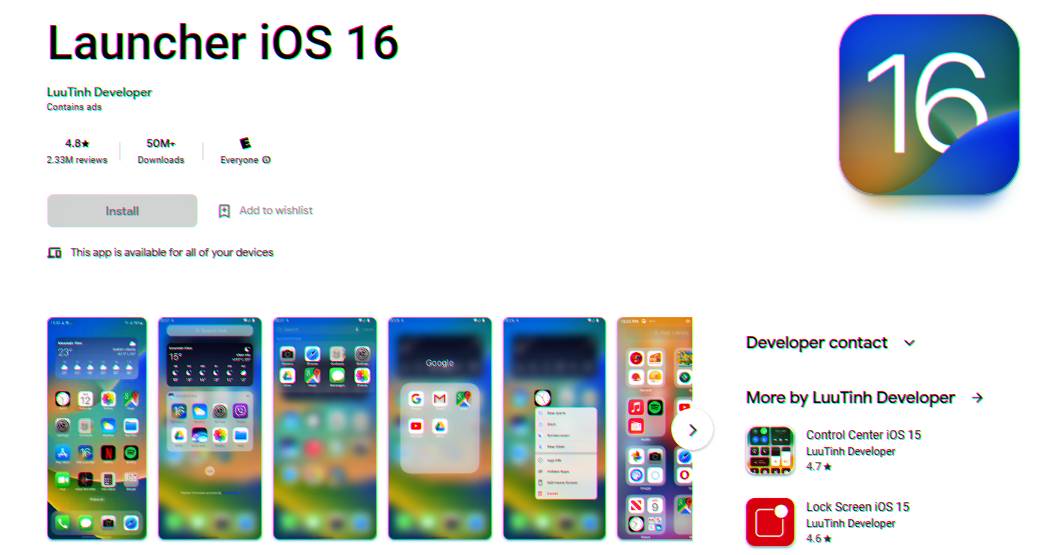 As we all know how eagerly every iPhone user is waiting for Apple to launch the new updated version, but Android users are unofficially experiencing it via an app named “Launcher iOS 16“.

And the app is not new on the Play Store. It was published three years ago, and at that time, it offered the iOS 13 interface, and year after year, with the release of new iOS, it recreated every next version.

This launcher contains an iOS-styled App Library, widgets, and more. Also, it replaces the app icons with iOS icons, such as Messages, Notes, and Cameras.

Many customizations are available with this launcher to make it easy to use, such as you can categorize the apps in App Library, and Android already permits renaming apps.

Besides, the app publisher profile is named “LuuTinh Developer,” which already has more than 15 other apps in the same niche, but his most popular app is this launcher with over 2.33M reviews and 4.8 ratings.

This app was not so popular before Apple’s WWDC event, and after the announcement of iOS 16, they reimagined the app with the upcoming version, and they got a download bump.

But one disappointment about this launcher is that it doesn’t include the new iOS 16’s lock screen redesign or features, which is a significant upgrade to iOS 16.