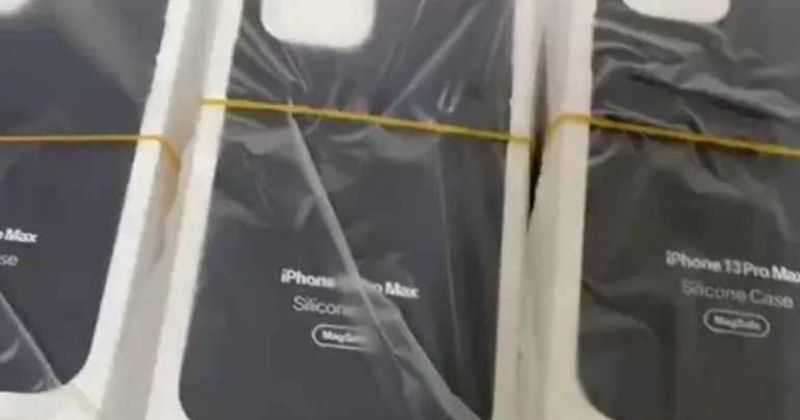 The upcoming Apple event is just around the corner, where it will unveil the iPhone 13 series. Before the launch, a new video has leaked that shares the naming scheme of the upcoming series.

However, the video allegedly showed silicone cases for the upcoming iPhone 13 Pro Max. The clip also confirmed the name of the Apple products.

A Twitter user named PinkDon (via Majin Bu) has posted a video showing a collection of cases in white boxes. All the cases were labeled as “iPhone 13 Pro Max Silicone Case” and MagSafe.

However, we don’t know whether the cases shown in the video are genuine official Apple accessories or not. As it can be fake as well, so we need to wait for the official confirmation from the company.

There are rumors that the iPhone 13 series will have support for a 120Hz refresh rate. If the rumors are true, then the devices might get an LTPO display that offers a refresh rate of 120Hz.

Whether Apple will keep this feature for the Pro devices or will bring it for iPhone 13 and iPhone 13 Mini also, the new iPhones can bring a new ProRes video-recording feature that allows you to capture videos in a high-quality format.

iPhone 13 Lineup is expected to bring new features like larger batteries, new camera features, an “A15” chip, up to 1TB of storage, and more.