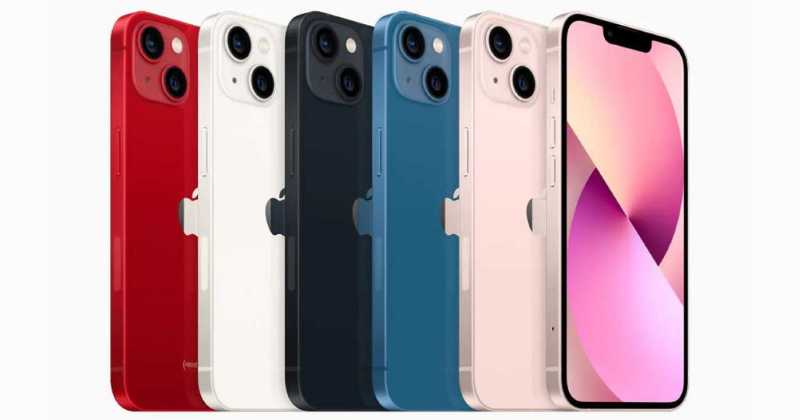 Apple has launched iPhone 13 series at a virtual launch event in California. There are four new models iPhone 13, iPhone 13 mini, iPhone 13 Pro, and iPhone 13 Pro Max. If you missed the details, here’s all you need to know about the new Apple iPhone.

The new Apple iPhone will be available in different color options like Pink, Blue, Midnight, Starlight, and Product Red.

The pre-orders will start from 17 September and will be available for sale on 24 September in the US, India, UK, Japan, China, Australia, and Canada.

Price, Specifications & Other Details of iPhone 13

All four new iPhones have a 6 core CPU with two high-performance and four efficient cores. The new phones are 50 percent better in performance.

However, the company has not disclosed the RAM and the battery capacities of the new devices. All four models have the same display size as their predecessors except the narrower notch.

All the devices get improved brightness, but the Pro models get the ProMotion 120Hz refresh rate. In Daytime, the brightness is 800nits and 1000nits, and the peak HDR brightness is 1200nits for all four models. It also has support for Dolby Vision, HDR10, and HLG.

iPhone 13 and 13 Mini has a new wide-angle camera. There are 1.7um sensor pixels and an f/1.6 aperture, sensor-shift optical stabilization.

The 12MP ultra-wide camera has an f/2.4 aperture. It brings a new Cinematic video mode that supports rack focus.

The pre-orders for iPhone 13 series will start from 17 September at 5 PM PDT in Australia, Canada, China, India, Germany, Japan, the UK, the US, and 30 other countries.